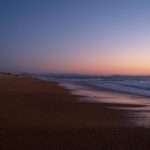 Thirty-two degrees said the car thermometer. Of course, it wasn’t. The car had been parked in the open and had absorbed the heat of the afternoon sun. Pressing a button to lower the windows and turning on the radio, the Weekend programme began on Lyric FM.

The opening music was an instantly recognizable piece for someone growing up watching television in 1960s England; the theme music from the ITV television series This Week, the current affairs programme that went out at peak viewing time in the days when television news was something to be taken seriously and wasn’t a broadcast version of a glossy ‘celebrity’ magazine.  The theme tune, the intermezzo from Jean Sibelius’ Karelia Suite, was a statement that this was serious television, this was to be taken as seriously as the composition that introduced it .

Despite the gravity of its content, there seemed always an optimistic note about This Week; situations might be bad, but they could be changed. The Karelia Suite was a theme tune for reform, for having the power to make the world a better place.

Sibelius’ suite prompted thoughts of a suite by Shostakovich, perhaps it had the same effect on the programme presenter, for the intermezzo was followed by a piece that had become familiar from summer holidays. In times when we would head off on an overnight  car ferry from Portsmouth to Ouistreham in Northern France, Brittany Ferries would waken those in its cabins not with an alarm call but with a gentle piece of music.  The best I could have said was that it sounded like a waltz, a piece that would have carried you around the floor, if you were able to dance (a skill, which along with music, that has evaded me).  Driving a country road one afternoon, Lyric FM revealed the piece as being from Waltz Number 2 from Shostakovich’s Jazz Suite No 2.

If the Karelia Suite could evoke an optimism about changing the world, the Jazz Suite was  about, well, just optimism. Shostakovich’s notes were about anticipating the long drive south to the vast Atlantic beaches and the sharp peaks of the Pyrenees,  to the Basque lands and the waters of Biscay.

Laughing aloud at the memory of a moment shuffling around the four-berth cabin in the imitation of a waltz, to the annoyance of its other occupants, the sun seemed to shine even more brightly, and the familiar landscape around seemed alive with life and interest.