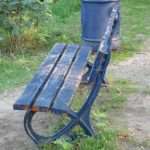 Of course, he hasn’t changed in five years, at the age of 22, he is the person he was at 17. Maybe people don’t ever really change. He is still solitary, still leading an individual existence, but is that such a bad thing? History is full of people who were outgoing and sociable and who did great evil, and quiet, reserved people who didn’t do much harm.

Turning back the pages, five years ago, the conversations were not much different.

“He’s been there nearly a week now and he hasn’t made any friends”.

I looked up at Jupiter, faint in the misty, darkening sky.

“That’s no big deal, I didn’t make any friends during the whole time I was at university”.

“I had thought about that; but you did meet me”.

“We weren’t at the same university. I had no friends in London; I hardly remember the names of the people in my year anymore”.

The dog tugged to the left, creating a gap in the conversation.

“When I die, they will say, ‘Sure, hardly anybody knew that fella.'”

Herself wasn’t inclined to argue.

There seems to be a law against solitariness.

It was easy to be solitary in London; no-one knew who you were and no-one cared. It was easy being solitary in theological college; I was married and it was assumed the married men stuck to their books and didn’t go out. Once ordained, the fences were easier to keep, no-one would tread on your space.

The best compliment I ever received was when my friend in the North mentioned my name to one of my colleagues, “Oh him”, the colleague replied, “he is very hard to place”. I was happy with being unplaceable; in fact, I had spent years trying to be unplaceable.

Why do people assume that you have to be a partygoer, or a socialite, or be clubbable to be happy?

In college days, there was a man who said he would like his headstone to bear the inscription, “He was a decent man”. It seemed a worthy aspiration, only surpassed as an epitaph by that of the late great Paul Eddington whose desire was that it would be said of him, “He did very little harm”.

Isn’t the problem with those who expect everyone to conform, rather than with quiet people who live and let live?Solitariness tends to mean you can do no great harm. Doing very little harm is not such a bad thing.