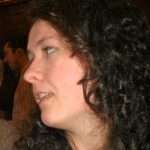 The young lady, born 16th April 1993 at Downpatrick, Co Down was 21 today. It is hard now to imagine the world of 1993; change has been so rapid that it seems like another age.

In the United States, Bill Clinton had begun his first presidential term three months previously; anyone who thought the world would be different would be become disillusioned by two terms in which sanctions against Iraq would cost hundreds of thousands of innocent lives. At a later date, when Secretary of State Albright was challenged about the policy, she would declare that it was a price worth paying. In Eastern Europe, the disintegration of the former Soviet bloc was bringing improvements to the lives of millions, but in the Balkans there were still very dark times to come. In Africa, the first democratic elections in South Africa were still to come and the awful genocide in Rwanda was a year away. The events of September 11th 2001 seemed unimaginable in the political landscape of 1993.

In Northern Ireland Sinn Fein had no members of parliament, Gerry Adams having lost his seat the previous year and Unionists were still protesting against the Anglo-Irish Agreement of 1985. The first IRA ceasefire was still sixteen months away and Ulster politics seemed as sterile as ever. In the Republic, Albert Reynolds led a Fianna Fail-Labour coalition; the name of Fr Brendan Smyth was still unknown to the outside world.

Economically, the single European market had appeared, bringing benefits to consumers across Europe, (particularly people who hired vans to do wine runs to France). Britain had been forced out of the European Exchange Rate Mechanism on Black Wednesday the previous autumn. A misfortune that, in retrospect, may have been a blessing, allowing the British government to avoid joining the Euro and to retain control of interest rates. Ireland continued its gradual climb out of the deep economic hole of the 1980s with European money financing new infrastructure.

Perhaps the political and economic landscape is not so different – Gerry Adams is still around; Labour are sitting on the Government benches in Leinster House; the British are still disagreeing on European policy; Ireland again has deep economic problems.

It is in technological terms that 1993 is another age. In 1993, we had an Amstrad computer we had used for five years for word processing. Our first PC was not bought until 1994 and cost £880 Sterling. It had about 300 MB of memory and no sound card and no CD-ROM drive, though it did allow the production of good quality parish magazines. Our first mobile pone was bought in 1995, it cost about £50 a month and calls were something like a pound a minute. It wasn’t until February, 1997 that we went online with a dial up connection that was painfully slow. Our email address was 106522.740 @compuserve.com; and was something for which we had to pay. We arranged our 1998 holiday in Canada over the internet, something friends thought strange and unnecessary.

Twenty-one years ago, it would be hard to have imagined Wi-fi and smart phones and receiving texts from the other side of the world. The young lady who is twenty-one today could not have had her online chats with friends in other countries. It is the technology that has really changed our world; it now absorbs so much of the time that you wonder what we did during the evenings in that former age.