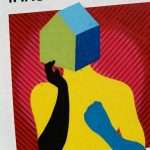 There was a moment of revelation last week: the discovery of the title of a piece of music that had for forty years lurked in the memory without there ever being any prospect of identifying it, a piece of music that was used as the theme for a radio programme, the title of which was long forgotten. Unable to recite a single note of music, it is impossible to express a tune: sometimes there are sounds in the head, but no means whereby those sounds might be expressed in any meaningful way, so discovering a title is a matter of chance.

Using a mobile modem to access the Internet means being able to use it in the car, and, in conjunction with an iPhone app, being able to choose to listen to any of hundreds of radio stations that are online, some of which are simply electronic juke boxes playing one piece of music after another without any announcements. Heading along a Co Laois road in pleasant sunshine, the music started; this time its title would not be lost. Pulling the car over and picking up the phone, the title and artist were on the screen: “Popcorn” by “Hot Butter”, a piece of electronic music when electronic music was novel.

A similar sense of not knowing used to surround a piece that we heard every August as we headed to France for our holiday; Brittany Ferries woke those in its cabins not with an alarm call, but with a gentle piece of music. The best I could have said was that it sounded like a waltz, a piece that would have carried you around the floor, if you were able to dance (a skill, which along with music, evaded me). Driving a country road one afternoon, Lyric FM revealed the piece as being from Shostakovich’s Jazz Suite, otherwise it might have been filed in the memory with “Popcorn”

Now, just one piece in the memory still remains unidentified. For years there has been a piece of music with a sort of Arabian feel; a piece which creates an atmosphere, which has a silkiness and an air of mystery about it; but being unable to sing, hum, or whistle in tune, it has not been possible to ask anyone else if they know it. Perhaps finding its name is just a matter of listening to Internet stations that play easy listening sort of music, waiting for a chance moment.

As electronic devices take over our lives, as the day approaches when the last books are printed, when the last words are written, will thoughts and feelings become like tunes we cannot sing? Will conversations that were once filled with expression, inflection and nuance be reduced to abbreviations and emoticons? In an infinite capacity for communication, will we lose the capacity to communicate? Will finding the right words be as much a matter of chance as hearing a forty year old pop tune?