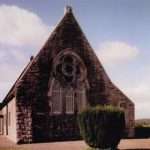 “Be still, my soul” is a song from the heart, spoken to the heart of the person singing. It was written by a devout woman of whom we know little.

Katharina Amalia Dorothea von Schlegel was born on 22nd October 1697. The “von” in her name suggests that she came from an aristocratic family. Perhaps it was family money that enabled her association with a Lutheran religious house in the town of Köthen. She was described as a “Stiftsfräulein,” a canoness, someone who lived by the “canons”, the rules of the house, though it seems that her name does not appear in the records of the “stift,” the religious house to which she was said to belong. Her letters from 1750-52 with Heinrich Ernst, Count Stolberg, suggest that rather than being in a religious house, she was a member of the small court of the duke of Anhalt-Köthen; a court where Johann Sebastian Bach was musical director from 1717 until 1723.

Katharina von Schlegel was shaped by a renewal movement in the church known as Pietism; a movement that was founded by a 17th Century German Lutheran Philipp Spener. Spener believed the renewal of the church would come through Bible study in private meetings, ministry that was based on the priesthood of all believers, a practical faith that was lived out by Christians on a daily basis, a graceful attitude toward others, an emphasis on devotional life in pastoral training, and preaching that emphasized the fruits of the Spirit.

Looking at Scripture, the Pietists saw that hymn singing had been part of the spiritual life of Jesus and his friends. Matthew 26:30 notes that following the Last Supper, “After singing a hymn, they went out to the Mount of Olives.” Yet by medieval times congregational hymn singing had disappeared from worship. Philipp Spener saw singing as important to the renewal of the church and the late 17th Century had seen a great flourishing in hymn writing.

Katharina von Schlegel  is said to have written 29 hymns. Her writing is shaped by the Pietist tradition of a deep personal relationship with, and commitment to, Jesus and a deep grounding in the Scriptures. The hymn we know as “Be still my soul” first appeared in a publication in 1752 as “Stille, meine wille, dein Jesus hilft siegen,” in a collection of hymns of hymns for clergy, “Neue Sammlung Geistlicher Lieder.” A number of her hymns appeared in “Die Cöthnische Lieder” published by Philipp Erhard in 1769 and intended for the spiritual upbuilding and enrichment of the faithful.

Whether a formal member of a religious house or not, von Schlegel seems to have devoted her life to prayer and service. Given the Pietist emphasis on a personal faith, perhaps we can deduce something of her life from the words of “Be still, my soul,” a hymn that draws its Scriptural inspiration from Psalm 37:7. There is a sense in her lyrics of there having been a profound sadness in her life, of having come through very dark times, and perhaps of having questioned God’s purposes in what has happened. Perhaps, von Schlegel has doubted the presence of God in painful times:

“The Lord is on thy side,” she writes, there is clearly concern that times of trial might be harmful to faith, for the first verse continues:

bear patiently the cross of grief or pain;
leave to thy God to order and provide;
in every change, he faithful will remain.

Grief and pain can cause all of us to doubt God’s friendship, to feel that he has abandoned us, von Schlegel assures us, “thy best, thy heavenly friend, through thorny ways leads to a joyful end.” There are times when our only confidence can be in a joyful end. Meet with African Christians in poor communities who have nothing and little for which to hope, and you really understand how important is confidence in a joyful end.

The second verse suggests that, if Katharina von Schlegel has been through sadness, perhaps personal grief or illness or great disappointment, it has been something that has challenged her confidence that all our times are in God’s hands, made her think that there is no meaning in the present time. “Thy God doth undertake to guide the future, as he has the past,” she writes. While the present may be a time of confusion and bewilderment, and that she must look to a day to come when things will become clear. Lines in verse two are a reassurance to herself:

One of the presumptions made by people in our own times is that it is possible to know everything, that through scientific research and investigation, it is possible to find an answer to every question. Science can take us so far but, sometimes, even it can provide no answers. Sometimes we have to accept as does Katharina von Schlegel, that there are mysteries now that will remain unexplained until the end of time.

There is a direct encounter with bereavement in the third verse, a bereavement that deepens her relationship with Jesus. Katharina von Schlegel lived a century after Thomas Hobbes who described life as “nasty, brutish and short,” but life in the Eighteenth Century was not much better than it had been in the Seventeenth. People died young and people died from simple illnesses, mortality was a fact of everyday life, to write of bereavement when it was something so commonplace suggests that someone very close to her heart had died young. Perhaps the person who had died had been someone she had hoped to marry?

Be still, my soul: when dearest friends depart,
and all is darkened in the vale of tears

Sometimes we fail to recognize that tears are important, even Jesus cries at times. We live in times when people are uneasy with the idea of death, they use euphemisms, they try to explain things away, and sometimes we are not allowed to do as Jesus did, and simply to cry.

In the fourth verse, the New Testament promise of the Lord coming to take his people to himself inspires Katharina von Schlegel in her hopes that the life to come is one that is very different from the life that is here:

How important is heaven to us? Do we not need to have some understanding of the future in order to cope with the reality of today? If we did not believe in heaven, then how would we find meaning in our world?

Katharina von Schlegel died in 1768. To pass the age of 70 in those times was to die old and full of years. She seems never to have married and to have had no family who might have told the story behind her words. Perhaps the details of her life are not important, as she herself would have told us, what matters is being still and knowing the Lord is with us; knowing that the Lord is still with us even when every other hope has gone. 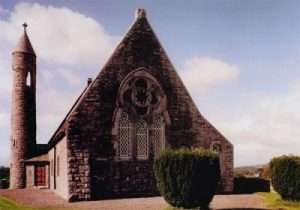