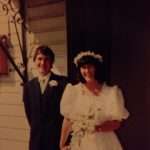 An altogether perfect day. Our son being offered the civil service job for which he had so long waited; lunch in the town in which I was born; a visit to my aunt on the farm on which I spent my early years; a run to the supermarket for things needed for the journey to France; and, to complete the package, it is 35 years since Katharine and I met in an unlikely place.

The story has been told here, once, twice, maybe three times, but, sure, it’s a story I like.

It was late afternoon when we arrived and the hostel was clearly going to be jammed; it was said that the hostel warden would turn no-one away and if there were insufficient bunks, then there would be mattresses on the floor. The gathering was multinational, numerous Germans and Dutch as well as those who were English like ourselves. In front of us in the queue, three girls talked about university; a mix of accents, London, maybe the Midlands, and the strong strains of Ulster. We chatted as we waited and then the doors were opened and we went to check in.

Having various allergies, the sting was worrying. By the next morning, my arm was so swollen that a member of the hostel staff drove me to Killarney hospital. Anti-histamine injections were administered and the arm put into a sling. “There is a lot of fluid there, you must keep the arm up,” said the doctor who told me that I could put my wallet away as there was no charge for the hospital service.

At evening time, the three girls were back in the hostel. They thought it amusing that a wasp sting should necessitate a sling and asked us where we were going the next day. We took out our map of Ireland, it was the centre fold of the pocket sized An Oige handbook, “we are going to Galway.”

“Galway is miles”, they said.

“You’re not really fit to travel. How are you going to cope with one arm? Why don’t you come with us?”

“Where are you going?”

“Around the Ring of Kerry to Valentia Island.” 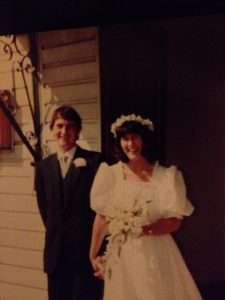