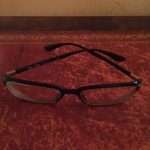 Black jeans and white training shoes. A grimace from the best beloved, but I would not presume to tell her how to dress – except for her tendency to wear cardigans with clerical shirts, which I suggest is a valid reason to object to the ordination of women.

Why am I wearing jeans and training shoes at all, though? Perhaps the faded corduroys and battered tweed jacket worn at home would look too incongruous in a part of France where the temperature still creeps above thirty degrees during September; perhaps it is a subconscious wish to appear younger than my almost fifty-six years, to vainly pretend that human frailty is not taking its toll.

Human frailty has always taken its toll, though, it has done so for the past fifty years. Suffering measles at the age of five, asthma came in the wake of illness. Not the occasional wheeze sort of asthma that might occur now, but the sort of asthma that sometimes required adrenalin injections be administered in order to keep the respiratory system going, the sort of asthma that took me off to a special school at the age of fourteen to experience a spartan regime where daily exercises and an unapologetic austerity were intended to strengthen the eighty or so boys who were sent to the remote Dartmoor location.

The asthma brought with it a raft of allergies that were not helpful to someone living in a farming community. There were no antihistamines to deal with the hay fever that brought misery each summer, nor to deal with allergies to dust and to cats and to feathers, and to much that was common in agricultural life. Streaming, swollen eyes and wheezy breathing were the companions to times in the farming year that were enjoyed by everyone around.

By the age of fifteen, short-sightedness was a problem, not that it could be admitted. The NHS glasses were only worn in extreme circumstances, it was better to pretend to be able to see the blackboard and the television screen than to be seen wearing them. Within a few years, there was no choice about wearing them, though by then, at least, a non-NHS pair had been procured.

Of course, frailties could not, and cannot, be admitted. Perhaps it was silly male pride, perhaps it is the lasting influence of the memories of the weeks spent in bed with the measles.

Perhaps the jeans and trainers are a subliminal protest against fifty years of decline. 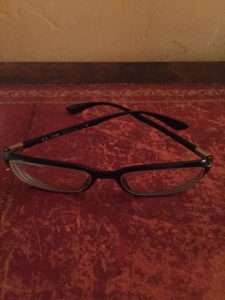