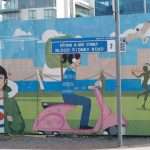 Not so long ago, “sext” referred to one of the services that formed the daily routine in medieval monasteries. In the early morning, there were the services of matins and lauds; at 6 am, there was prime; at 9 am, terce, referring to the third hour of the day; and at 12 noon came sext, the service for the sixth hour of the day.

The times when “sext” was a term known only to ageing ecclesiastics seem to belong to a lost past. The word is now a noun and a verb referring to sexually explicit messages or images sent from a mobile phone. Concerns are being expressed at the potentially devastating effects of such communication. Girls and young women who have “sexted” male friends find themselves exposed to threats of blackmail, either they cave in to the demands being made, or they find the sexts instantly disseminated across the World Wide Web with one touch of a screen.

It is annoying to read suggestions on social media that those from younger generations are somehow more “flawed” or less “responsible” than their forebears. The violence, prejudice and bigotry accepted, albeit reluctantly, of recent decades, by those of us with grey hair, would cause many younger people to recoil and question how such things could be tolerated. Attitudinal surveys point to younger people as more tolerant, more inclusive, more internationalist.

Younger people are in many ways more virtuous than those of us who are older, how then does the sexting situation arise? If there is a greater awareness of issues, a greater worldly-wiseness, how are girls and young women finding themselves open to blackmail?

Perhaps there is something deeper. Human nature has not changed, but the potential to pursue inclinations has changed considerably. Technology has produced possibilities that were unimaginable a generation ago. Twenty years ago, a science writer asserted “the one rule is that what can be done will be done.” If we are inclined to do what we can, then is there a responsibility for those whose developments allow us to do things to consider the implications of their work? Some younger people may use their mobile phones for sexting, but it was not them who created such phones, didn’t the developers consider such possibilities? Didn’t they think about the “can and will” rule?

If people will do what they can do, then perhaps every phone should come with a warning that people use it at their own risk. 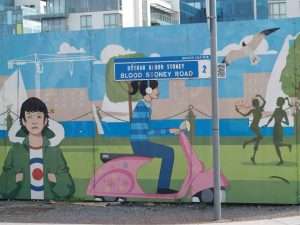