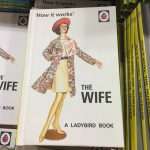 Spartan; an unshaded lightbulb, carpetless floor; a scrubbed kitchen table and plain crockery. Teabags were placed into mugs and the boiling water poured on. A two litre container of milk. A plate with pork pie and sliced and buttered brack.

The remark was easily understood. Having occupied for seven years a house where there is no-one else, there are bulbs without shades, there are floors without mats, there is little comfort to be met by anyone who might decide to visit. There seems little reason to change things; who is there, apart from me, who would notice?

It would be tempting to suggest that it was a male thing, that men are not good homemakers, that roughness about the house is a matter of gender. Of course, it is not. There are men whom I know who have beautiful homes, places of comfort and elegance, places where a stranger would feel at ease, places where visitors would wish to remain. Places where the occupants make themselves comfortable.

The man’s spartan house might have been different, it might once have been shared, a wife might have come with him when he returned from decades in England, but what Englishwoman would have wished to leave city life to come to the hardship of a small Irish farm? The opportunity passed, and the times are recalled with a wistfulness, staring into the middle distance, he says, “if I had stayed in England, I would have married.” There is a sense of the presence of an absence, a sense of an absence of purpose, an absence of meaning.

The spartan house in which I spend my days, and the odd night, is not my home, even if it were the place where I spent most of my time, it would not be my home. Home is where my wife is; home is where the heart is. Without the heart, there seems little point in things like lampshades and carpets. The spartan surroundings are not about the want of woman’s touch in the house, they are about the want of a woman’s touch in the life lived in that place. 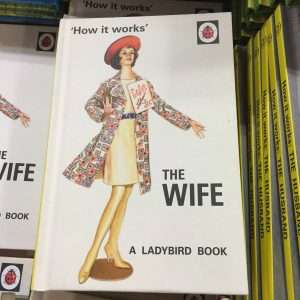