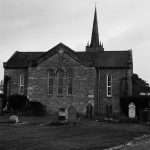 Somerset County Cricket Club have never won the county championship, the premier prize of county cricket. There have been times when they came very close, losing out in the last minutes of the last day of the competition in 2010 and 2016 (losing only by a statistical quirk in 2010), but the title has eluded them for more than one hundred and forty years. The team forty years ago was particularly strong, losing two one day competitions in a final single weekend in 1978, before winning the respective competitions in a final weekend of the season the following year. Three more one day competition titles were to follow in the next four seasons, but the county championship was always beyond them. A commentator on their prospects for the 1981 season said they lacked the consistency to win matches on “wet Mondays in Chesterfield.”

Chesterfield is a very fine town and a fine place to be, even on a wet Monday, but the image has remained of a cricket team trying to grind out a result on a pitch that is greasy, with a ball that is slippery, in humid conditions, under grey clouds, with a handful of hardy spectators dotted around the stands. It is an image of gritty resolution and plodding forebearance.

The metaphor of “wet Mondays in Chesterfield” might be entirely devoid of religious reference, but has been far more useful in getting through the stuff of parochial ministry than almost anything learned in theological college. There is not much by way of glamour or excitement in the day to day work, perhaps not much glamour or excitement in any of the work. The Church of Ireland is not known for flamboyant worship or transcendently beautiful music, or breathtaking buildings, or art of world significance, it is mostly low and dull and unremarkable, and the congregations are dotted around the building like spectators in a cricket ground on the Monday of a county championship match.

It was the High Church priest, John Keble, who wrote that there should be contentment in such things:

The trivial round, the common task,
Would furnish all we ought to ask;
Room to deny ourselves; a road
To bring us, daily, nearer God.

But one wonders if Keble, accustomed to the beauty of English medieval buildings and choral music would have been so content with the trivial round and the common task in places far removed from the English shires with which he was familiar. Would someone who held the Chair of Poetry at Oxford University have been so happy on days that seemed like “wet Mondays in Chesterfield?”

Walking from the rectory to the side gate of the churchyard, the rain was falling heavily, enough to stop play at a cricket match. Like Somerset on their “wet Mondays in Chesterfield,” there are probably more defeats or draws in parish life than there are triumphs, but the game is still played because, one day, the elusive might be reached; perhaps, one day, the long awaited victory might be achieved. 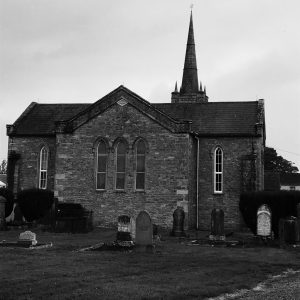