There was a moment in the summer of 2018 when the British Government was in disarray. The Conservative Party was split in two over Brexit, Prime Minister Theresa May faced accusations of misleading the House of Commons, the public spending watchdog had issued a report critical of the Work and Pensions Secretary. It was Wednesday lunchtime and the moment came … END_OF_DOCUMENT_TOKEN_TO_BE_REPLACED

I had never heard his name before, but among the enthusiasts who post on the Facebook group ‘Disused Railways’, the name of Dai Woodham is held in the sort of regard in which a religious person might hold a saint. Dai Woodham, it seems, was responsible for the survival of hundreds of steam locomotives. Britain had continued to build steam … END_OF_DOCUMENT_TOKEN_TO_BE_REPLACED 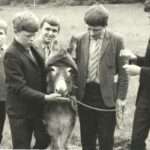 There are 679 (or thereabouts) photographs here. Some of them are duplicates and some of them are in random order. Paul Pope sent me a zip file in 2014 and I have been meaning to sort and upload them ever since. To have digitized these from prints to computer files must have taken many, many hours. They are nearly all … END_OF_DOCUMENT_TOKEN_TO_BE_REPLACED

There can be few people with email addresses who have not received at least an occasional email that seeks details that would allow the sender to defraud them. The “Spanish Hostage” scam is the oldest approach used (thus named because when it began two centuries ago people wrote letters claiming to be held hostage in Spain and promising abundant reward … END_OF_DOCUMENT_TOKEN_TO_BE_REPLACED

Yeovil Junction is a storybook station. It is scenic, it is timeless, it is friendly. It is a place where one can carry travellers’ bags onto the platform and install the travellers in seats on the waiting train. Strangely, it is the terminus for some services from London. It was in the county of Dorset until 1991, when government legislation … END_OF_DOCUMENT_TOKEN_TO_BE_REPLACED

‘Blessed are the poor in spirit, for theirs is the kingdom of heaven. ‘ I had spent years in parish ministry before I learned that I was perhaps misunderstanding the words of the Lord’s Prayer. Many thousands of times, I must have recited the line, ‘Give us this day our daily bread,’ and thought it a prayer for whatever was … END_OF_DOCUMENT_TOKEN_TO_BE_REPLACED

‘Privacy has been extinguished. It is now a zombie,’ says Professor Shoshana Zuboff in an interview in the Financial Times. If privacy has died, how long had it survived? Perhaps not as long as imagined. When did our ideas of privacy develop? Was it with the emergence of an urban society where the sheer size of the population made anonymity … END_OF_DOCUMENT_TOKEN_TO_BE_REPLACED

I reckon it must be more than forty-five years, the autumn of 1977 if my memory is correct. Perhaps early 1978, but no later than that. The song was from a genre described as ‘progressive rock,’ although the term seems so broad as to be virtually meaningless. An online search for ‘progressive rock reveals a list of bands it would … END_OF_DOCUMENT_TOKEN_TO_BE_REPLACED

The nurse changed the date. “Today is 1st May.” “Good morning, Emily. How are you this morning?” 1st May? Oh no, it would be so boring. Standing outside for hours and then a dinner where there would be very long speeches. All those old men and all those toasts. “Daddy, do I have to go today?” “Of course, we must … END_OF_DOCUMENT_TOKEN_TO_BE_REPLACED