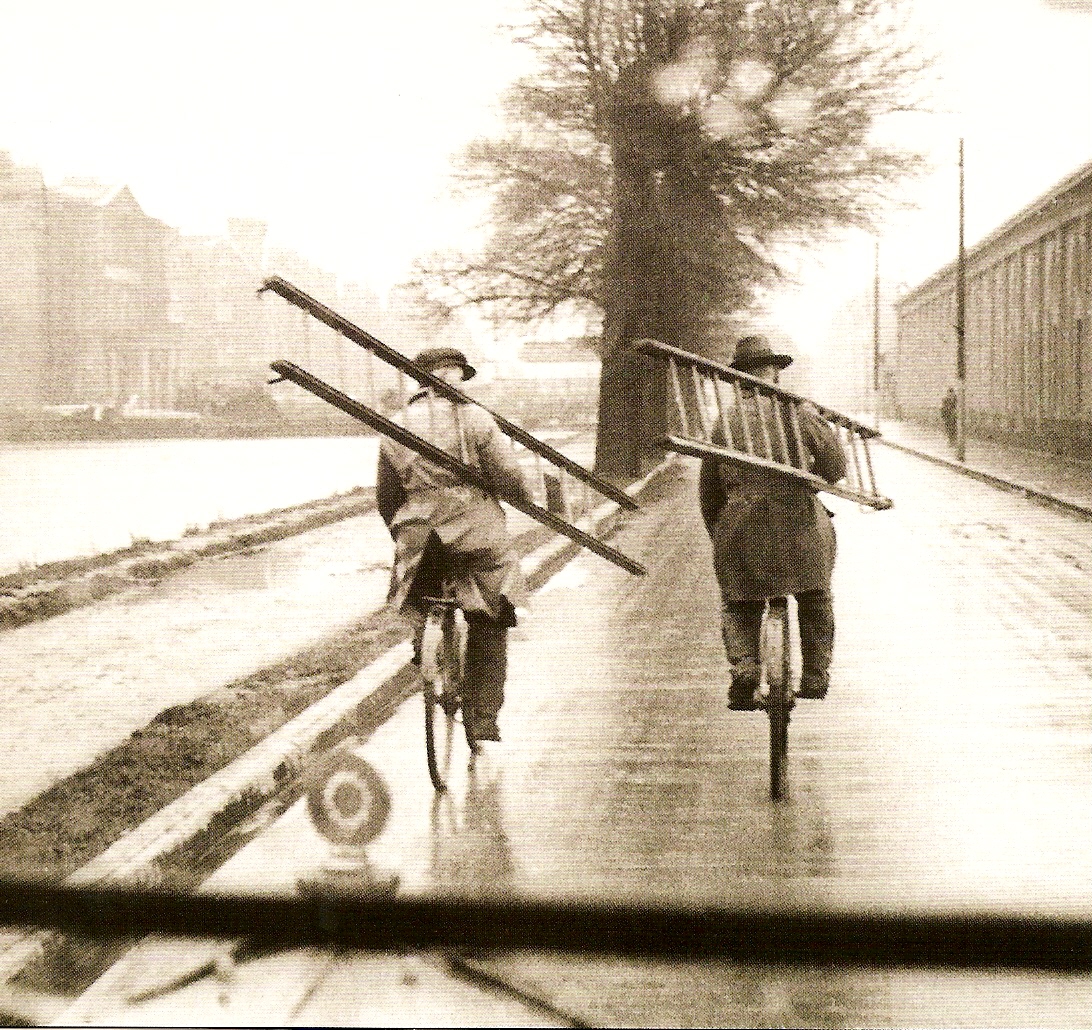 There was reassurance in the story. The builders appeared late, if at all; the building programme was months behind schedule; finally, they were sacked because they never showed any sign of ever completing work for which they had been paid. It was one of those stories that had a familiar feel about it, and assured you that you were not alone in being taken in by repeated workmen’s promises that they would be there “early next week.” What was most reassuring about the story was that it was from the Fourteenth Century accounts of the life of an English cathedral.

The Allied Irish Bank calendar for 2007 has a collection of vintage photographs that capture moments from Ireland of the 1920s and 1930s – they include one taken beside the Grand Canal at Portobello in 1928.

The photograph is remarkable in being an opportunistic shot, taken through the windscreen of a moving car of two moving objects – no easy feat in 1928. What would be fascinating would be the story behind the photograph.

It has been raining heavily, but the rain has now stopped – there is no spray from the back wheels of the bicycles and the windscreen is clear. The workmen are deep in conversation as they make their way to whatever job they are supposed to be doing. Working men, they may be, but they are better off than many. They have good heavy coots, boots and bicycles and the carrying of the ladders is obviously a task that comes readily and easily to them. They have that easy insouciance of “white van man” in our own times. There might be a motor car behind them, but he can just sit there and find his own moment to get past them, they will continue their conversation. Where were they going? What job awaited them at the other end of their ride, for surely the casual pace of the ride meant they were going to a job and not coming from it? Was there some lady of a house or housekeeper standing awaiting their arrival, firmly trusting their promise that they would be there “first thing on Wednesday”?

“There is nothing new under the sun”, says the Old Testament Book of Ecclesiastes, or, in more contemporary terms, “Plus ça change, plus c’est la même chose!”