Grannymar tagged me this morning. Assuming this to be something to do with the ears of cattle, I wasn’t quite sure what it meant and remain unsure of the point.

The meme was to produce a CD cover using randomly generated material for a picture, band name and title:

Using scissors to cut out strips of paper and the best Courier font on my typewriter, I arrived at this, (the ballpoint pen dots were meant to look like pawprints). 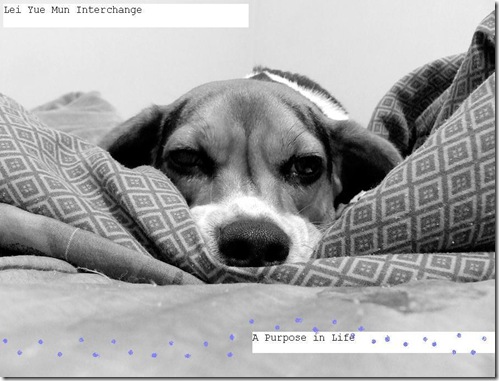 The Net is the ultimate anarchical society and bloggers are bomb-throwing anarchists, threatening to undermine the whole of civilisation.

We are dangerous because we are stupid. We are stupid because I’m told that last week in the Irish Times John Waters said we were stupid.

I didn’t read this myself, because I was in Austria, but a man standing outside a pub for a fag said he had heard someone in the toilets say it had been said, and that sort of level of proof is good enough for most tabloids.

Seriously now! The genie is out of the bottle, post-modern society is one where we pick and choose, we no longer accept anything simply because we are told it is so. If sending “memes” seems like a good idea then we do so, and there is no-one now who can force us to believe that a daft meme is of any less worth than a John Waters column.

It’s been a hard lesson for old hands like me to learn. I spent seven years in a country parish where if I harangued people enough they would come to church. Doesn’t work now. I can only offer people the story I have to tell, if they don’t like it, there’s nothing else I can do.

The Internet is post-modern society in its ultimate form. We can be told that one person’s opinion should carry more weight than others (and Mr Waters’ opinions are certainly eloquent) but no-one can compel us to believe this is so. Being a Protestant, being a Libertarian, being sceptical of governments of all complexions, I think maybe I don’t find post-modernism such a shock, in fact it’s quite fun; but it’s a hard time for bishops and for writers who think their voice is authoritative.

Now, back to being stupid – don’t you think that dog is cute?