There are so many truths expressed in the caption to the coronation photograph from a book celebrating the history of a small Somerset village:   the local and the universal; the power of the personal story; maybe even the equality of humanity.

I think what I like best is its illustration of the ‘six degrees of separation’ theory.

The Queen of England was crowned by my school teacher’s uncle. 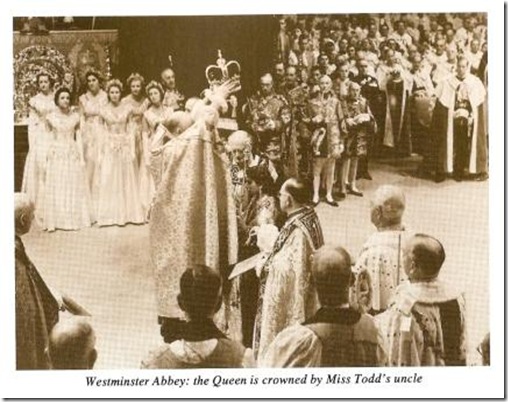