The world’s end was flagged up be the departure of the dolphins in Douglas Adams’ So Long, and Thanks for All the Fish. The dolphins disappear from planet, leaving no more than a note to humanity thanking it for the fish received over the years.  No-one noticed the departure, no-one saw it as an omen of trouble until it was too late.

In Doctor Who , it was not the dolphins that disappeared, but the bumble bees, foreshadowing the coming of the Darkness but not noticed until the moment when there might have been time for reflection was past.

The prospects of the demolition of the Earth to make way for a hyperspatial highway, or its invasion by an alien life form, mercifully remain remote, but something has started to disappear in Dublin and the disappearance could be the omen of grimness.

Standing at Killiney DART station in brilliant sunshine on a wonderful post-Christmas morning, there was something odd.  Out of date bill boards are not uncommon, but billboards that have simply been blanked out seemed strange.

This is the busiest season of the year for retailers; if they did not think it worth advertising, then things must be getting dire.  The board had been covered with white paper that had been painted pale blue; why would  someone go to such lengths to show they were doing no business? 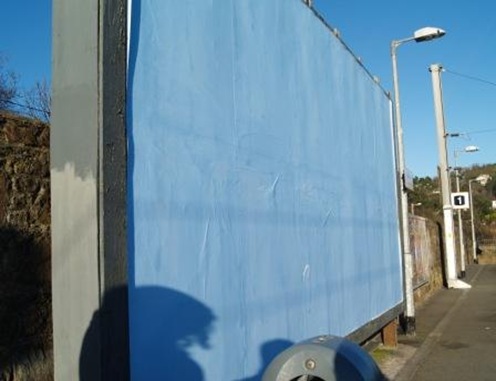 Perhaps it was just a suburban thing, though if it is not worth advertising at the railway station of one of the most affluent areas in the country, where is billboard space going to be sold?

Pearse station has rotating billboards – a row of triangular columns turn to reveal a sequence of three advertisements.  On the northbound platform, there is a double billboard, each time the columns turn, two advertisements should be revealed.

The first turn showed a Guinness advertisement to the left, with the right hand side blank, the second turn was blank on both sides, and the third turn . . . 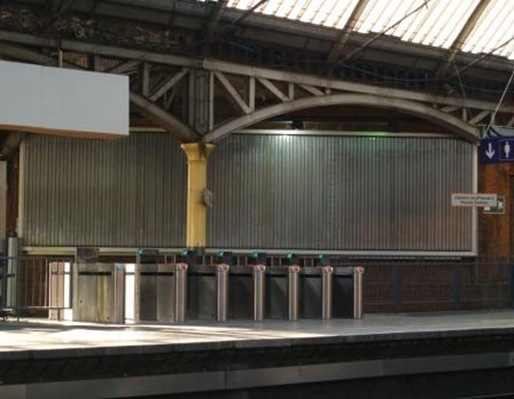 When companies think it no longer worthwhile even to advertise, troubled times seem likely.

Has this omen been spotted elsewhere?

What is being said?

It can hardly pass unnoticed.