Waking to the sound of news bulletin after bulletin filled with stories from the report of the Commission to Inquire into Child Abuse, there is a profound frustration that all this noise will lead to nothing, no prosecutions will arise, no assets will be seized, nothing will be changed. In a few days, the media will move on; the pain will be unresolved and justice will not be done.

There is a deep malaise within Irish political culture, a malaise that allowed systemic exploitation and abuse to continue for decades and that now allows those evils to go unpunished. There has been a complete lack of any proper political discourse since the foundation of the state. The main parties differed on the 1921 Treaty, they did not differ on their fundamental understanding of the nature of Irish society.

The Republican ideal evaporated after independence as whole sectors of society were allowed to be controlled by the church, not just education but health care and social services became clerically dominated. Any measure that might dilute the ecclesiastical dominance of society was resisted with vehemence, as was any legislation that might have taken the State in a direction not approved by the bishops. While de Valera may have resisted McQuaid’s attempts to have the Catholic Church declared the established church in the 1937 Constitution, the funding of church activities that should properly have been the responsibility of the state represented a virtual endowment.

Even with the airwaves filled with the appalling details, a search of the websites of the two main political parties produced “Commission Report is Shocking Litany of Abuse and Suffering” from Fine Gael, yet the website of the party that has dominated the politics of the state since its foundation had yesterday not a single mention of the Commission. There was ample time yesterday for political points scoring by a succession of ministers, but not a word on matters that question the very nature of the state. 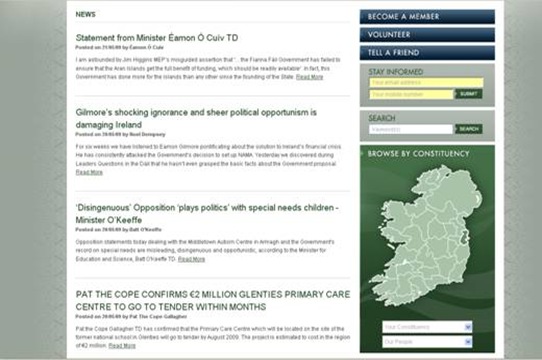 As a consequence of Michael Woods’ agreement with the religious orders in 2002, capping their financial liability for compensation, and of the 2004 judgment secured by the Christian Brothers, guarding against evidence given to the Commission being used in the courts, there will be neither civil proceedings nor criminal prosecutions arising from yesterday’s report.

The thought that those responsible for such heinous deeds will escape with impunity marks Ireland as a place as unweeded as the world condemned by Hamlet, as a place rank and gross.