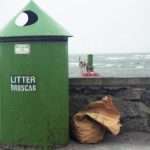 “Do we need that box of old photographs?”

“Why? All the best pictures are in albums; we don’t need the rest”.

“We do. There are lots of pictures I took that didn’t make the albums. They are important to me.”

The sheer volume of pictures only becomes clear when trying to sort the box. Epson have a scanner which allows negatives to be put onto the computer as digital pictures – it is excellent. Ordered from England on Wednesday evening, it arrived on Friday teatime.

Why is this odd selection of bad photographs important? Because they are of sentimental value? But what does it mean when something is described as only of “sentimental value”? What is there in this world that has any value other than that given to it by our sentimentality?

Put yourself in the middle of a desert or trapped in a remote mountain range. What’s valuable there? Food and the equipment needed to survive. Everything else is of no use. What would you do with gold bullion or precious stones or priceless art in mid-Sahara or the high Andes? Would it feed you for one more day? Would it protect you from elements that have the potential to kill you? What use would you be, arriving at a village in Darfur in Sudan, with a truckload of antiques or paintings? Would any of them save the life of a child dying from diarrhoea?

The essentials of life are the only things in this world that are of intrinsic worth, everything else has only sentimental value, the value attached to it by human thoughts and desires. Artworks may sell for tens of millions at auction, but their value is that attributed to them by human inclination. What is the difference between a work by Monet and one by a member of a local art evening class? They are both on canvas. They both have wooden frames. They both have paint applied to the canvas. The difference arises from the opinion of people regarding the value of what is on the canvas; it’s a matter of human sentiment.

If the house was burning down and there was a choice about what to save, a priceless Monet or a family photograph album, the choice would be simple. They are both of no more than sentimental value, so the one that would matter the most would be the photograph album. There are plenty of Monet’s works around, but only one life captured in the photographs.

Lest there be any prospect of the house burning or the box disappearing, those photographs are now laboriously being scanned, negative by negative