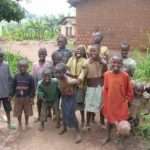 “How much did they cost?”

It is startling to look at piles of packets of photographs and try to work out how much it had cost for the films and the developing and printing. There must have been times when the photographic counter at the local chemist’s shop delighted in (or perhaps dreaded) our return from holidays. Dozens and dozens of photographs, some of them exceedingly odd; such subjects as a supermarket trolley half buried in sand on a beach and a sign from the west of Ireland warning of uneven roads.

Apart from the years when the children were very young, when every moment seems to have been recorded, the most abundant photographic times were the ‘twink’ years – two incomes, no kids. Sorting the piles into chronological order, there is the realisation that back in the early-80s, the pictorial record becomes very thin. Perhaps there was not the propensity to snap everything in sight; more likely, films were too expensive to be used for anything other than selected, and often setpiece, pictures. In a time when every moment is recorded by mobile phones or digital cameras, when thousands of images cost almost nothing, it is hard to imagine what it was like when pictures were not only worth a thousand words, but they probably cost more than a thousand words.

Some of the most intriguing photographs from ages past are not those of the great and the good, nor are they portraits of families dressed in their Sunday best, they are the pictures of the ordinary things of everyday life because such pictures are rare. People would have thought it a waste of money to have photographs of street scenes or of workplaces; who would be interested in such pictures? Photographers who recorded the ordinary things probably found very little market for their work; but decades later, it is such shots that bring to life whole periods of history.

Being camera shy, and being the sort of person who likes photographs of bollards and manhole covers, it never occurred to me until last year what a privilege it was to be able to have countless photographs of oneself.

It was in a small Rwandan village; invisible to the outside world under a canopy of trees. The intention of the visit had been to meet with families that had received assistance through a programme of giving farm animals to the poorest; the firstborn of such animals being passed on to another member of the community living in similar circumstances as a way to sustain the programme. 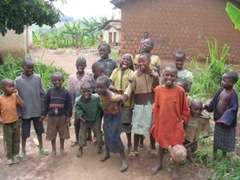 About to leave the community, a crowd had gathered. “Give money”, shouted one child.

Turning round, I pulled the linings from both pockets to show I had no money with me. What was in the right pocket was a camera.

The picture taken. They gathered to look at themselves in the camera. To be recorded, to appear in a picture, was a matter of dignity.

Their picture remains as the wallpaper on my laptop; a daily reminder of the privilege in which I live, a privilege measured in thousands of photographs.