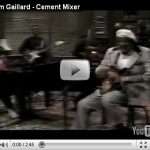 Coming down the stairs of the department store, there was an overweight, grey haired man with a glum expression coming the other way.  There was a sudden moment of recognition; there wasn’t another man on the stairs, it was a mirror.  The mirror has obviously passed on its opinion to others.

South Great Georges Street in Dublin has a covered market arcade  in the middle of which is a record stall.  Hundreds of 7” singles and 12” LPs costing from €2 upwards and hundreds more CDs are a magnet when passing by.  Standing looking through album after album, when there is never intention to buy more than a Diana Ross single recall days at school when the bus would take us to Torquay on a Saturday afternoon, where there was not much to do other than look through the records at Smith’s, Menzies and Woolworth’s.

The stallholder generally plays serious rock music and at 5.30 pm, something very heavy was being played.  There must have been a feeling of lightness as the end of the day approached, because he suddenly switched genre.  Metal was replaced by the strains of Blondie, “11.59” and then “Will Anything Happen?”.

It sounded the sort of music to drive home by, particularly when “Sunday Girl” was followed by “Heart of Glass.” Pure pop.  I loved “Heart of Glass”; the taste of vodka and lime and laughter at college discos.  “Ms Harry, where are you?”

Blondie’s “Parallel Lines” amongst the CDs under B.  Just below it there was The Byrds; a compilation of songs from 1965-1967.  Being six years of age when “Eight Miles High” was released; I have no memory of them from childhood years, but the album looked good.

Debbie Harry was still singing as I went to pay.  Proffering the CDs and a €22 note the young man checked the prices and said, “Do you know you can have three for €22?”

In a helpful voice, he suggested, “There are some old jazz records over there”.

The mirror must have said something to him.

Tempted to buy something recent, to confound his perceptions, I eventually found an album by The Original Fleetwood Mac – from the days before the wonderful Stevie Nicks.

That was the problem; wearing a brown tweed jacket confused him.  Next time I’ll wear a rugby shirt and jeans and he’ll suggest something 21st Century.

Mind you, Slim Gaillard’s “Cement Mixer, Putti, Putti” is considerably better than most of what now fills the airwaves – and he was messing around. 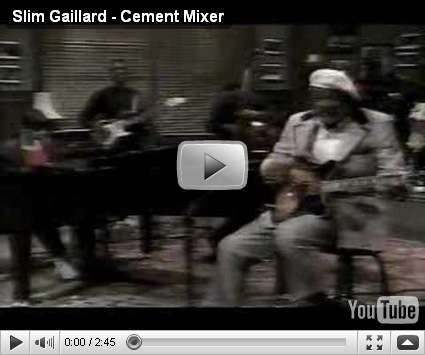