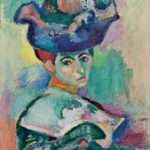 Members of the general synod of the Church of Ireland are meeting in Co Cavan to discuss human sexuality. Well, actually, they are not; there are no sessions on heterosexuality in their conference agenda, and they somehow forgot to invite a lesbian speaker. They are meeting to discuss sex between gay men, but, their disapproval of lesbianism is presumably implicit.

We encountered Gertrude Stein last summer. Stein, that fan of Pablo Picasso, her purchases of his work establishing her name as an art collector just as her collecting helped establish his name. The San Francisco Museum of Modern Art held an exhibition over the summer, ‘The Steins Collect‘. It cost $25 to see it, (making us appreciate how much it meant to have free galleries in Ireland), but the exhibition of the works of Picasso and Matisse made it money well spent. The Steins certainly did collect, Gertude and the other Stein family members were gifted with extraordinary artistic prescience.

Gertude Stein’s sexuality contributed to a rift with her brother Leo. It was a rift prompted also by disagreements over art (Leo’s objection to Cubism, leading to his departure from the Stein house, meaning that works by Matisse went with him, while Gertrude kept those of Picasso) and by personal envies.

The rift over sexuality was a reflection of the thinking in the opening years of the 20th Century when more inclusive attitudes and greater understanding of sexuality were still decades away. Gertrude Stein’s relationship with Alice B.Toklas was to become the stuff of history (and a good deal of myth and legend).

Were Gertrude Stein alive and well today, she would be no more welcome in many parts of the Church of Ireland than would have been the case had she come across from Paris a hundred years ago. The position of the dioceses representing the majority of the membership of our church is that homosexuality is, at all times and in all places, wrong.

To suggest that Christians have progressed in their understanding of science, so that we see Scripture as presenting us with meanings of why rather than explanations of how, and that we might similarly move in our understanding of sexuality, is to invite a simple rebuff. ‘If something is sinful in the past, it is sinful now, and will be sinful in the future’. Trying to argue that even definitions of what is sinful have changed – look at the way we live, the way we dress, the way we keep Sundays, the role of women – achieves no progress in the argument.

To Gertrude, of course, it would have made no difference what a group of religious people thought. Gertrude Stein was to become an iconic figure in years of social revolution.

Of course, in the great scheme of things, it makes no difference what the Church of Ireland thinks, society moves on regardless of what a tiny church might say. The world looked on aghast in the 1990s as our church stood behind the events at Drumcree, events that reflected a sinful sectarianism that had cost many lives ; it will not even notice if we decide to implode over what consenting adults do in private. It will be of no more consequence to most people than whether we prefer Matisse or Picasso. 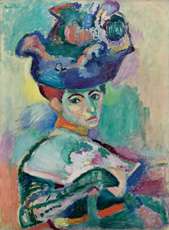