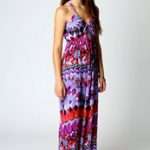 “Maxi-Dress €20” declares the advertising billboard for Boohoo on the Limerick road from Mountrath. An alluring, dark haired woman reclines in a multicoloured dress that is presumably a piece of retro fashion.

Didn’t maxi dresses appear in the late 1960s? Certainly, the bright print colours of the featured garment might not have looked out of place at Woodstock or the Isle of Wight. They were the preferred attire of those who would have painted CND logos on their faces, who would have worn flat soled leather thong sandals, and who travelled in VW Camper vans painted in psychedelic colours.

There must be a new and different generation who will wear multicolour print dresses, for there are few left from that 1960s generation who are under the pension age and fewer still of them who would be inclined to dress as if they were forty years younger.

Fashion is an odd thing; there are some of us that it entirely passes by.

In the hall of the cottage, there was a photograph from the couple’s wedding day: a group photograph taken at the door of the church. The clergyman, who was to remain in the parish until he retired at the age of 75, would have been in his mid-40s on the day he officiated at the marriage. He has thick dark hair and wears a black suit.

Were he officiating at a wedding in 2012, instead of one in the 1960s, it is difficult to imagine his appearance would have much differed. Dark suit, polished shoes, short hair – what other way might a clergyman appear at a wedding?

But it’s not just at weddings that clerical fashion is unchanged. There are jackets  in the wardrobe upstairs bought in the 1980s, still perfectly serviceable, unrecognisable as something from another generation because what is worn now is unchanged from then.

Never being fashionable, perhaps it was easy to slip into a fashion free world. It’s safer to inhabit a fashion free world as well; wearing a white linen jacket,open necked shirt and jeans to lunch one Sunday in Dublin city centre brought a rebuke from a teenage daughter, ‘Dad, why are you dressed like an ageing rock star?’

Being honest, a sense of the faintly ridiculous attaches itself to clergy who attempt to dress à la mode; the clerical life is, almost by definition, unfashionable. All the same though, while it’s hardly a matter for saying, ‘boohoo’, the wearers of the maxi dresses might have had tales to tell more exciting than the stories from among the black and grey. 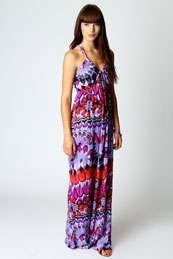