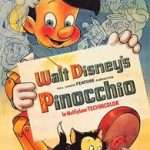 Once Upon A Time was on one of the satellite channels this evening; the American fantasy-drama series. The weaving of tales populated by characters from fairy stories recognizable to almost everyone has proven successful. The re-writing of fairy stories does not seem such a bad thing to do; if a story is fictional, and the world is a happier place if it is changed, then why not change the plot?

In the early-90s, when our son was small, I remember changing Hans Christian Andersen’s The Tin Soldier. I remembered it from primary school, a story I didn’t like. What was the point of the story of the poor tin soldier who had been through such experiences only for him to be melted in the fire? I came to the closing paragraphs of the story, the part where a boy throws the soldier into the hearth and where a sudden draught suddenly catches the paper dancer and blows her into the fireplace after the soldier, both of them being consumed in the flames.

It seemed a sad story to inflict upon a three year old. If a cleric in his early-30s could not see a point in it, what hope was there for a small boy?

It was time for some editorial work. Instead of reading the words on the page, I looked up and said, “The boy threw the tin soldier from the window and as the window was open, there was a gust of wind that caught the dancer and carried her out through the window as well. The wind blew and carried them upwards and far away until they landed in a wood together, far from anyone who could harm them and there they lived happily ever afterwards.”

The three year old thought this a good ending to the story, it provided inspiration for future story telling. We discovered we could dispense with books altogether; we could weave our own tales of Thomas the Tank Engine and Fireman Sam and anyone else who caught our attention. In our stories, anything could happen and unlikely people could appear. Our stories always had a happy ending.

There’s enough sad stuff out there; there are friends in Rwanda who can tell tales from hell. If embroidering old stories makes us smile, makes the world seem a more cheerful place, allows us to sleep easier, then who worries if Pinocchio and Snow White are in the same storyline?