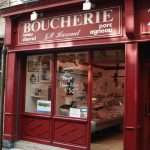 What’s the big deal about horse meat? It’s not a food safety issue, it’s a cultural one. It’s an issue that says more about a lack of joined up thinking than about health issues.

A group of five of us from Northern Ireland had travelled deep into a mountainous province. The roads had grown progressively worse and the villages poorer as our journey had taken us far from the nearest tarmac. Carried into a world far from the one we knew in Ulster, we became anxious about numerous things, not least the food. A companion had expressed a fear that sooner or later we would be served dog.

Arriving in a village where we would stay for some days, we sat in the main room of the house of one of the community leaders. A dog lay curled under his chair, and the companion concerned about the prospect of dog for dinner saw the opportunity to ask about the rumours. ‘You wouldn’t eat that dog would you?’

The man looked at the dog, ‘No, I would not eat that dog. I would give that dog to my neighbour and I would eat my neighbour’s dog’.

The companion became convinced that being served dog was an imminent possibility. Days later, we had moved on and were visiting another community. Lunch was served, dark green vegetables and deep red meat’. ‘I told you’, the companion muttered.

Our host went to the kitchen and returned holding a tin. ‘We thought you would like this’.

Why are some sorts of meat acceptable and others not? Driving by a butcher’s shop in the Dublin suburb of Rathgar, a butcher’s shop advertised the usual sorts, plus a number more exotic, including venison, kangaroo and ostrich.

Would people be happy to eat kangaroo, but baulk at eating horse?

The French have no such scruples. In the elegant streets of the beautiful Basque city of Bayonne, a butcher’s shop offers veal, horse, pork and lamb. In the refrigerated food counter of a suburban supermarket packs of ‘cheval’ are readily available among the beef steaks and chicken breasts.

Why the great moral panic about eating horse meat? The reaction runs far beyond questions about mislabelling. Pigs are said to be more intelligent than horses, but few Irish people would refuse bacon, ham or sausages. Perhaps feelings are rooted in the great Irish passion for anything equine, if that is the case, let us be honest and admit we have cultural problems with horse on the menu.