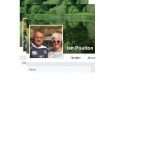 It being the day off and the Irish autumn rain coming in sideways, it seemed not unreasonable to sit and browse through an online collection of photographs from our old school posted by a friend. Suggestions of the names of those pictured, and discussion of conditions endured, had taken place on Facebook, and then the unthinkable happened – Facebook stopped accepting updates.

Facebook down? Surely, it could not be so? Repeated attempts to post brought repeated error messages. Facebook is down? Dare one ask if this has really happened? There was almost a fear of looking foolish when typing “Facebook down” into Google, as if in some remote building deep in an industrial estate, young men in white shirts, dark ties and geek chic glasses would roar with laughter as their monitors reported that the question had been asked. Had the sky fallen in? Had the horsemen of the apocalypse appeared? Had the moon turned red? No, then the world had not ended; Zuckerberg Enterprises would not leave stranded the hundreds of millions anxiously trying to report their activity in the previous ten minutes.

Of course, Facebook was not technically “down”, the stuff was still there. One could still discover what someone had for lunch yesterday and experience a certain schadenfreude at those discomfited by the Moyesian decline of Manchester United, but who wants yesterday’s statuses? Being technically “up”, does not satisfy the media, the Irish Independent reported “Internet ‘panic’ as Facebook goes down”.

Unless subscribed to Twitter, or other less ubiquitous social media, millions of Facebook users around the world found themselves plunged into isolation, having to talk to colleagues, neighbours, strangers, people not on their “Friends” list. In the absence of the premier platform, what does one do with one’s time? Surfing the Internet is just not the same if one cannot instantly post links to what one has discovered.

Facebook being “down” is definitely a First World problem, it probably ranks with having to drink instant coffee, or finding one’s glass of wine has been served at the wrong temperature.  In its absence, there are retro activities possible, the sort of stuff we did in the Noughties – texting, sending emails. Older users might be inclined to revert to the 20th Century tradition of talking to people on the telephone; those inclined towards the preservation of heritage might turn to the 19th Century custom of writing on sheets of paper with a pen (there is no communication more pleasant to receive than a nice letter delivered by a postman).