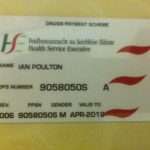 The Drugs Payment Scheme is undoubtedly a good idea: once a family has spent €144 on prescription medicines in the course of a month, further expenditure is covered by the government. The scheme takes pressure off families at vulnerable moments and a Drugs Payment Scheme card is probably important in many households. In our household, it would be very rare for medicine expenses to approach the scheme’s monthly threshold and the card seemed not so important, nevertheless, when our card expired last year, the pharmacist urged we apply for a new one. After submitting three application forms over the course of six months, the local health service office sent us two cards, and the pharmacist seemed pleased.

When the Card was introduced some years ago, there were conversations in our local chemist’s shop as to how it could make life so much simpler. The Card would connect each person to a central database and, wherever one was, a pharmacist connected to the system would be able to access details of prescriptions. Of course, the technology exists to make such an integrated system possible, it would be no more complex than electronic banking, but there seems never to have been the will to implement the introduction of such change. In conversation with a recovering heroin addict a couple of weeks ago, he showed me his prescription for methadone and diazepam – it was handwritten; surely an electronically integrated system would assist in providing care in such cases?

In a country that has prospered from information technology industries, it seems odd that there has been so little will to apply appropriate and efficient technology to the administration of the country.

Electronic voting was introduced on a trial basis in 2002. The design of the voting machines was flawed. It would have been a simple matter for them to have produced a printout that might have been placed in a ballot box so that, had there been a challenge, the electronic result might have been manually verified, but instead of introducing such refinements, the government simply abandoned the machines, wasting tens of millions in the process. In May, there will be huge expense incurred in the slow and laborious manual count of county council and European parliament votes. Would we wish to revert to manual banking? If not, why persist with manual voting?

At a time when Garda resources are stretched to breaking point, Gardai are deployed at checkpoints, stopping cars to examine motor tax, insurance and NCT discs. Anyone who has used the very efficient Motor Tax online system will be aware that the government knows exactly when one’s tax disc expires, and will be aware of the necessity of having a current insurance policy in order to effect a renewal. Presumably the NCT database could be integrated with the Motor Tax information and knowledge of a registration number would confirm the legal status of the vehicle. When there are so many traffic and toll cameras to record number plates, there is no need to have hard-pressed Gardai standing on country roads.

Anyone who has visited a local branch of their bank recently will know that, in the private sector, a technological revolution is proceeding apace – it has become difficult to interact with a human being in many branches. In the public sector, where technology might free, for frontline work, resources currently used in administration, it seems a matter not that things can’t be done, more that just they won’t be done. 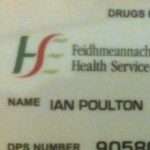