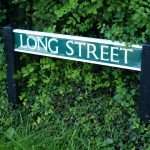 It is Tim Croot’s birthday today. I told the children at the school assembly this morning that it was Tim’s birthday because we were talking about the end of the Christmas holidays and I remembered that Tim’s mother allowed the Christmas decorations to stay up for his birthday, two days later than the rest of us, who took them down on 6th January.

Tim lived in a big old house that had once been the dwelling for a farm; in the memory of a primary school child, it was huge.  There was a big open fire on which it was possible to burn logs the size of tree trunks and an Aga in the kitchen that created a feeling of permanent warmth.  The garden was vast and was surrounded by a range of former farm buildings that became a place of adventure for kids.  Tim’s dad had a collection of old cars, including a racing car and a Jaguar like that of  Inspector Morse.  In retrospect, the Jaguar was probably not so old; but, when you are eleven, even three years is an eternity.

To the rear of the buildings, there was a field with a line of walnut trees across the middle.  In the summer of 1972, or maybe 1973, hours were spent by a group of boys driving an old Morris Minor with a soft top around and around the field.  The car’s gearbox was wrecked and it was not possible to get it into fourth gear, though third was probably enough in a Morris Minor in a field.  Sometimes the clutch did not function and scream of the gears would be greeted with shouts from those not driving.  Tim had a great sense of the macabre and said the car was so rusty that one day it would break in two and that the still turning drive shaft would mangle up those sitting in the rear.  It never occurred to ask if a Morris Minor was rear wheel drive and in the four decades since there has never been a news story of anyone being mangled up by a Morris drive shaft.

Tim had a passion for military history and military modelling, spending hours making and painting models.  We would fight World War II war games on vast landscapes he had created with papier mache and modelling materials.  The conflicts were often so vast that they rarely reached any resolution.  Tim had an inherent fairness about him, willing to be the German side as often as he was the British.

Being sent away to school, I slowly lost touch with him.  By the time we were in Sixth Form College, we were barely more than acquaintances, though could still laugh at stories from the past.

It is more than thirty years since I last saw him, though think he must have joined the army soon after college.  The last I heard of him was that he was an officer with the tank regiment in southern Iraq.  Having been a vehement opponent of the Iraq war, the thought of Tim’s presence there made brought home to me the reality of soldiers caught up in a conflict not of their making and from which they ultimately had to retreat.

Wherever he might be, I hope he enjoyed his birthday – and that drive shafts have caused him no problems in the last thirty or so years.