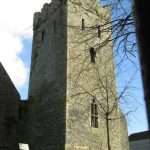 It is a long time since I belonged to any political party; the last time I attended any party meeting was in 1980 or 1981, it was a gathering of Guildford Constituency Labour Party to hear Tony Benn speaking. Belonging to the Labour Party in Guildford was more something to do on a winter’s evening, it was one of the safest of Conservative seats, one of the constituencies that competed to be the first to declare its result at general elections. Perhaps the memory becomes selective, but much of the meetings seemed to be about the Party rather than about ideas.

Moving to Northern Ireland in 1983, all political involvement came to an end. Engagement in party politics seemed incompatible with training for Christian ministry, and there was not much by way of the discussion of ideas or the debating of the merits of particular policies. Voting was mostly on the basis of constitutional loyalty, whether one was unionist or nationalist seemed mostly determined by one’s birth. Friends knew my sympathies for the Alliance Party, but their vote in our ward was so small  that I might have written down the names of most of those who had voted Alliance.

The move to the Republic and the passage of time have done little to dispel the impression that most politicians are in politics to be politicians; the party, the jobs, the structures, the organisations, all come before any pursuit of ideas and what they might mean.

The inescapable conclusion of the passing years is that the church does not much differ from the political parties, politics-free politicians find their counterparts in theology-free clergy. As the parties exist not to pursue ideas but to serve the politicians, so the church seems to exist not to pursue the values of the Kingdom of God, but to serve the clergy.

The Church of Ireland is not organised to serve the Kingdom of God, it is organised to serve the stipendiary clergy. Look at the annual Church of Ireland Directory, much of it is taken up with the personal details of the clergy; the lists of parishes in the diocesan pages tell little or nothing of those parishes, they simply note who is the stipendiary cleric in each place. Look at the Church of Ireland General Synod’s annual Book of Reports, much of it is absorbed with clerical matters, including a lengthy section on the clergy pension fund. The church authorities would argue that these things must be, that this is how the church is constituted; there is no inclination to suggest that it might be differently constituted.

Disillusionment with the politicians was manifest in February’s general election when the two parties dominant for so much of the history of the State mustered a combined vote of only 49.8%, the other votes being scattered in many directions. However, whatever happens with politicians, politics will continue. Disillusionment with the church is having rather more permanent consequences, in many places, it is simply disappearing. Had we a church based on theology rather than stipends, it might have been different. 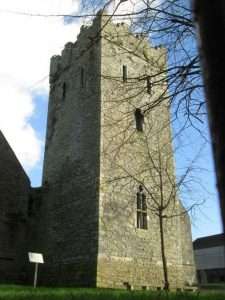