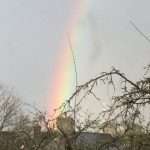 Religious dogma has been replaced by secular dogma, and few dogmas are more dogmatic than those of the current environmental movement. To question any assertion made by an environmentalist is to invite criticism, much of it ad hominem, from the disciples of the Green gospel.

The present Green narrative finds its roots in Rachel Carson’s 1962 book Silent Spring. The Green narrative demonises Protestant Christianity, claiming that after the Reformation God was transcendent and otherworldly, and that nature became disenchanted, lost its magic. According to the narrative, a mechanistic account of the world turned it into the raw material of industrialisation and capitalism.

Reading Jonathan Bate’s 2015 biography of the poet Ted Hughes, I came upon a chapter entitled “The Savage God”. Commenting on Hughes’ environmental views, Bate says, “Christianity, especially in its Reformed version, sees the earth as a heap of raw materials given to man for his ‘exclusive use and profit.'” Hughes wrote, “The subtly apotheosised misogyny of Reformed Christianity is proportionate to the fanatic rejection of Nature, and the result has been to exile man from Mother Nature.” Jonathan Bate acknowledges that there is an irony in Hughes’ criticism of the church’s attitude to women, given his own history, but Hughes’ environmentalism seem an accepted dogma.

It is like being in Northern Ireland during the years of the Troubles when polarised communities assumed the right to ascribe to others the views they were assumed to hold; it would not have occurred to most people to actually ask others what it was that they really believed.

While demonising Protestantism, holding the Reformers responsible for a shift from a supposed matriarchy to patriarchy, and believing the Reformation was the start of a process of environmental exploitation and degradation, the environmentalist narrative seems entirely to miss the nature of the Reformation, which in its radical forms offered a society far more profoundly just than anything appearing in any Green manifesto.

Of course, the radical Protestant groups, with their desire for human equality, a radical redistribution of wealth, and peace and justice, were soon suppressed, but that was due to the nature of power, not to Reformed theology.

Among the demonised Protestants are those who have stood for women’s rights, as well as individual conscience, religious toleration, the abolition of slavery, social reform, and in defiance of anti-Semitism and other forms of prejudice.

Anyone who believes that the pre-Reformation period was an ideal time for women, or for the world in which they lived, should read medieval history. Secular dogmas are no more convincing than their religious predecessors. 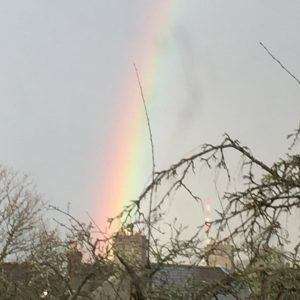