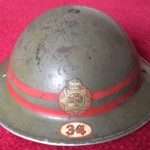 A week of Foyle’s War on ITV 3 allows the evening to close in a mood of quiet and calm contentment. All of the episodes have been repeated and repeated again, the storylines are  so familiar that it is almost possible to predict the next scene. There is something unendingly fascinating about the programme; in part, the fascination derives from Michael Kitchen’s brilliant creation of Detective Chief Superintendent Foyle as an urbane and unconventional policeman working in a seaside town during the Second World War; in part, it is because the programme finds a deep personal resonance.

Foyle’s War is the world of stories heard during my childhood. It is a place where small boys wrapped in too large coats, and carrying gas masks held in boxes on string, could have been contemporaries of my father. The firemen in Foyle’s town of Hastings might have had a comparatively quiet time compared with my grandfather who served with the National Fire Service in London, but their task would have been frequently just as grisly. Black and white photographs of my grandmother from the war years show a woman who would have mingled easily with those encountered by Chief Superintendent Foyle.

Foyle’s War is more than a detective drama, it is a view into a world that could only be glimpsed in family reminiscences and photograph albums. Even the interiors of the houses are evocative of the Chiswick home of my grandparents, the furnishings, the light fittings, the decor. My grandfather might have sat comfortably in one of the armchairs looking through the stamp collection that was his great passion, he might have enjoyed growing his chrysanthemums in one of the neat gardens Foyle passes in the course of his investigations. My grandmother, ever diligent, would have been busy in house and garden; making the best from the rations on which the family lived; growing fruit and vegetables on the allotment; worried every night about the safe return of her husband; listening for the sirens that would impel her to take my aunt and father to the air raid shelter.

Perhaps Foyle had no equivalent in the real world, perhaps he is simply too brilliant, too percipient, to have had a counterpart among the policemen of the time, but the opportunity to have listened to the reflections of such a man would have helped complete a picture. 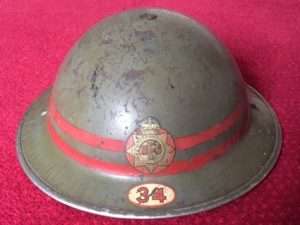