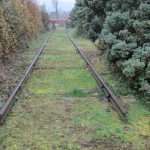 Media reports suggest closure of sections of the rail network. A day off and a companion from the North who is an expert in railway matters and we set off to explore one of the most endangered lines: Limerick Junction to Waterford.

A train journey in the spring had allowed us to travel from Kilkenny to Waterford in the morning before catching a Limerick-bound train in the afternoon. The journey had to end in Clonmel, where the return to Kilkenny was  made by bus. It would have been possible to have returned from Limerick Junction to Waterford, but the arrival there would have been too late for a Kilkenny-bound service.

The timetable is very limited: up trains from Waterford at 0720 and 1625; down trains from Limerick Junction at 0945 and 1840. The service frequency is similar to that of the Limerick to Galway and Limerick to Ballybrophy lines, two services a day in each direction. It would be hard to imagine there would be much demand for a train that left Waterford at 0720 to go to Carrick-on-Suir, Clonmel, Cahir and Tipperary. On a day when Irish Rail conducted a census of passenger traffic, only one passenger used the station at Carrick-on-Suir. Wanting the opportunity to see the stations along the route meant our exploration had to be undertaken by car.

At Limerick Junction station, Irish Rail notices in a two-thirds empty car park declared that it was pay parking twenty-four hours a day, seven days a week. There was only one tariff, €4.50. Even if one was seeing someone off or waiting to collect them, there was an expectation that the charge be paid. Parking in the nearby pub car park, we visited a station that has a small fraction of the traffic it once enjoyed, before returning to the pub for toasted sandwiches.

The other stations showed varying degrees of having all but ceased their former function. There were no ticket offices and no staff. Tipperary station was an enterprise centre; Cahir station was a private dwelling; Carrick-on-Suir had an air of desolate abandonment. Only at Clonmel was there a feeling that this was a working railway, the signalman, who also functioned as the stationmaster, welcoming us into the bright warmth of the signal box. The last train through Clonmel had been at 1037, the next would be at 1713; more than six hours without traffic.

Irish Rail are illogical in spending significant sums keeping such lines open without actually using them. Had it not been for the warm welcome from the landlord of the Bit and Bridle pub at Limerick Junction and from Dave, the signalman at Clonmel, the mood of the day would have been expressed in the cold, winter drizzle that brought darkness by four o’clock. 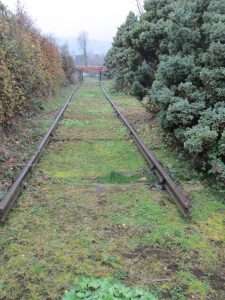