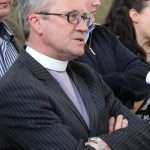 An episode of Midsomer Murders seen twice, perhaps three times, the denouement fresh in the memory. There is much by way of situation comedy among the crime drama, the scriptwriters enjoy opportunities for humour.

Stalled in his attempts to investigate a murder by the intervention of the intelligence services, Chief Inspector Barnaby goes to the chief constable and, in a fit of pique, tenders his resignation. Back at home, he breaks the news to his wife who responds with a look of horror. Barnaby suggests that they can now do all the things that they wanted to do.

Barnaby pauses to think. He has no idea. Finally, he suggests a cruise. There is a profound sense of relief on the part of both when he is woken in the early hours of the morning and requested to attend a murder scene. The prospect of retirement is immediately dispelled.

The difficult prospect of retirement recalls a rhetorical question that was frequently repeated in the era of mass employment in the 1980s. If I am what I do, then if I do nothing, does it mean I am nothing?

Joyce Barnaby is frightened at the prospect of her husband becoming something other than a policeman, what might he be? What happens if he becomes nothing? Nothing in the sense that he has had no identity other than that of a policeman.

Difficulties in retiring aren’t confined to policemen. Perhaps every occupational group faces problems to a greater or lesser extent; the loss of daily routines, the reduction in income, the loss of purpose. Perhaps the loss is more for those whose occupations have filled much, or all of their lives. Farmers and retirement seem generally incompatible, there are many still working full time in their eighties.

Clergy seem often to have similar problems; retiring from a parish rarely means retiring from active ministry. A shortage of priests makes those freed from the regular commitments of a parish a valuable commodity; every Sunday they might find opportunities to preside at Communion services.

But what if one does feel like Chief Inspector Barnaby? What if one wishes to retire, not in a fit of pique, but because the energy required for effective ministry has dissipated, because the physical strength that once sustained many hours of activity has now faded?

Forty years doing a job seems a very whole-hearted commitment, but even ten years out there are voices saying that one should continue, that the upper age limit is seventy-five, that there is no reason why one should not continue until retirement is compulsory.

Perhaps the answer is not to make the mistake of Barnaby and announce a sudden decision but to declare, here and now, that in nine years and five months’ time the forty years will be complete. 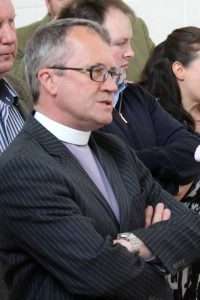