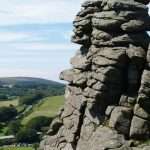 Suffering from severe asthma when fourteen years old, Somerset County Council’s education department deemed it appropriate that I be sent to a special school in Devon. Heathercombe Brake School was split into two sites, the junior and girls’ school occupied a lovely location above the town of Teignmouth; the boys’ school was in a forbidding grey building in the heart of Dartmoor. Neither school was large, there were just eighty pupils at the boys’ school when it was at is peak, but there were also a number of children’s homes where those but in the three decades of the school’s existence, hundreds of people must have passed through the school’s care.

The Trust that owned both schools, as well as the homes, had five stated objects, the first of which being:

to help children who are sick, delicate, maladjusted or suffering in any way from neglect or an unhappy or unsuitable environment.

It was an extraordinarily broad statement of purpose which might have encompassed tens, if not hundreds,of thousands of children. It became focused upon the words “sick” and “delicate,” the prospectus for the boys’ school spoke in such terms, and that for the girls’ school did likewise.

We were delicate children, an adjective that seemed to to determine our present, and was expected to shape our futures. Physical illness seemed to be regarded not merely as a constraint upon physical activities, but also seemed to be perceived as constraining our intellectual development and potential. When meeting with a careers’ teacher and suggesting I would like to become a journalist, I was given a leaflet on how I might become a trainee book binder. The fact that book binding was the work of skilled artisans and that I had no aptitude for anything demanding manual dexterity was completely ignored. The teacher believed this was an appropriate path for me to pursue, and that it was not for me to be inclined to do otherwise.

Seamus Heaney’s poem “The Lift” suggests that such attitudes towards the “delicate” were not confined to the West of England. Heaney’s poem describes the funeral of a woman, and the walk toward the grave, where four female friends of the woman step from behind an hawthorn bush to take the coffin on its final steps. The deceased woman is described thus:

She took the risk, at last, of certain joys –
Her birdtable and jubilating birds,
The “fashion” in her wardrobe and her tallboy.

Regarded as delicate since childhood, her independence had been circumscribed by the definition applied to her life. Freedom had come only through the enjoyment of watching garden birds and an idiosyncratic way of dressing.

Recalling days at Heathercombe Brake School, Heaney’s words are troubling. How many lives never reached their full potential because such potential was thought beyond those who were “delicate? How many people missed the chance of certain joys because they feared to take a risk? 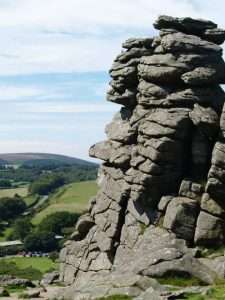