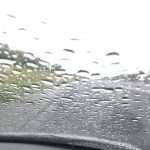 For some reason, Irish motorways were built without service stations. It would be cynical to suggest that this was due to pressure from business people who had premises on the old national roads, although it is a matter of record that there was pressure to delay the opening of a length of the M9 motorway from early December until after Christmas of 2010 because a local elected official said it would be unfair for local garages to lose the benefit of the extra traffic travelling at Christmas. Whatever the reason, service stations were not part of the original scheme of things, and, probably in defiance of traffic regulations, there were lay-bys on both the M7 and M9 motorways.

While the M9 now has fine service stations at Tinryland and Paulstown, (though, bizarrely, not one at a site the National Roads Authority spent millions to develop, building slip roads and a bridge to land that now stands forlorn), it also still has lay-bys. No facilities, not even a litter bin, just somewhere like the pit lane of a grand prix circuit.

So it was, that feeling a sense of weariness, the lay-by on the southbound carriageway of the M9 seemed attractive. Leaning back in the seat and staring out at the greyness of the evening, a childhood memory returned.

Cars were approaching at speed and passing by with a “whoosh,” sometimes the passing of a lorry caused the car to shake. The location of the lay-by remains clear, it was on the A303 in Wiltshire. Beside the road there were signs pointing to Honiton and Exeter in one direction and to Andover and London in the other. The road was the route to London from the West Country, it would have taken us past Stonehenge on its way eastwards. We were bound for London Airport, a mythical place in the mind of a six year old boy, to meet my aunt and her family who were returning from Canada for a visit. Canada was so far away, and air fares so astronomically high that it felt like going to meet someone returning from outer space. It was 1967, the Canadian centennial year, a fact imprinted upon the memory by the gifts brought to us bearing the imprint, “Canada 1867-1967.”

It was odd that stopping in a lay-by could have been such a significant part of the memory of the times. Fifty years later, it is hard to imagine that our lay-bys or even our service stations will retain such a grip on the imagination, though one never knows where there may be a boy staring out at the passing traffic. 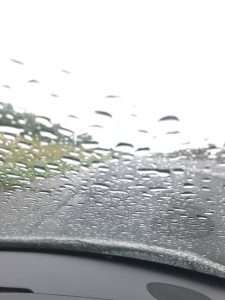