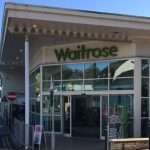 There was a moment thirty years ago when there was a work party gathered in the parish to decorate the parish hall. It was summertime and the evenings were long and people had time to spare, and the hall was not in use by the various organisations that used it from September to June. Annual holidays were fast approaching and being paid meant obtaining a cheque from the parish treasurer who, despite being a bank manager, had resisted the idea of new-fangled electronic funds transfers. There was more than a little anxiety about getting in the cheque, for without it there would be no money to finance the modest camping holiday that was planned.

There was a feeling of relief late one evening when the double doors of the hall swung open and in walked the treasurer. He looked around at us as if searching for someone, then apologised as he turned to go, “Sorry, I was looking for Ian Poulton.”

He stood and looked at me. I was standing on a step ladder, wearing an old sweatshirt and pair of jeans. He looked at me curiously, “Sorry, I didn’t see you.” It was thirty years ago and it was Northern Ireland, but. without a dark jacket, shirt and trousers, I had become invisible to someone who knew me well. He saw only old clothes and a paintbrush.

Thirty years later, one assumes that we are wise enough not to judge on the basis of superficial appearance, particularly if we are in business, we are not so foolish as to respond to a person on the basis of how they dress.

A colleague returned to the office this morning with shopping for various staff members. He reported that a member of staff in Waitrose had told him that if he were a loyalty card holder, he would be entitled to free tea or coffee.

Lunchtime came and having been unsuccessful in finding sandwiches in Lidl, I walked to the adjacent Waitrose. Various appetising options were available and I made my choice and went to the till. “That will be £2, please.” I handed over a £10 note.

At this point, if I have not already done so, a nice staff member in Tesco will always asks me if I have a clubcard and I will hand it over. I waited for such a question.

I took it and put it in my pocket. I waited.

“Do you want a receipt?”

I picked up my sandwiches and left. Being dressed in a grey hoodie, blue jeans and brown boots, I presumably did not match the profile desired for Waitrose card holders. I didn’t want a card, anyway, though the free tea and coffee would be nice.

It appears that his words were not so much a joke as they seemed at the time. 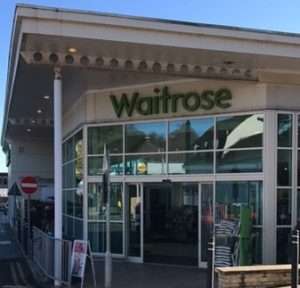