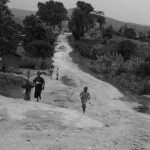 Every charity seems to have a Christmas appeal, to judge by the amount of literature circulated, it must be a fruitful time of year to seek to tap into people’s generosity. A leaflet received through the post seemed to have caught the eye of one lady.

“I would like to support a charity that helps people in Africa to have clean water, which would you recommend?”

It was not a question I had ever contemplated. “I don’t know,” I said. “I am unfamiliar with the charities.”

“But I thought you had supported such work?”

“Yes, my church supported work to bring water supplies, and clinics and schools and agricultural projects, but we did so directly, we didn’t send it through an agency.”

The woman looked unsatisfied with the answer, some expansion was necessary. “Why don’t you Google the charities and find out how much they spend in the UK and how much reaches Africa?”

“I could do that,” she said, still not looking altogether pleased that her question had not been answered. An honest answer might have been to be very wary of many charities.

Ten years ago, a Dublin church official, an accountant by profession, suggested that anyone who wished to see how different charities spent very different levels of their income at home should look at the accounts of Christian Aid and Medecins sans Frontieres.

A decade later, things seem not to have changed. Google it for yourself and it can be seen that Christian Aid accounts show that their income from giving in 2016, as opposed to government grants, was £57 million. Medecins sans Frontieres recorded income of £54 million for the same year. Christian Aid spent £22 million in the United Kingdom, Medecins sans Frontieres spent £5 million.

The honest answer to the lady would have been that charities circulating hundreds of thousands of leaflets might not be the best stewards of the few pounds a month she would send by standing order, that there would be a risk that a significant element of what she gave would be spent on offices and staff at home and would not reach its intended recipients.

Were I to be supporting an agency working overseas, I would want to think that more than 90% of what I gave actually went overseas and, if that was not the case, I would look elsewhere. Perhaps the lady will find there are charities supporting water projects where ninety pence in the pound gets to its proper destination, a brief perusal of the accounts would tell her where her money might really go. Ignoring the leaflets might be her wisest decision. 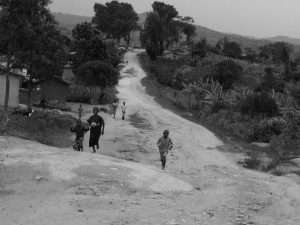