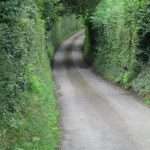 In rural Ireland, talk in February would be of calving and lambing, the month would be a time of intense busyness for farmers whose dairy herds had been dried off over the winter and who would begin the twice daily milking again as calves were taken from cows at a day old. In rural England, it is notably different.The village is so rural that it has no street lights, the surrounding landscape is entirely agricultural, but farming hardly features in the conversation. To talk about the price per litre of milk or ratio of lambs to ewes would invite a mystified response.

The village has an abundance of beautiful farmhouses, places of picture postcard quality, except they have been unconnected with farms for forty or fifty years or more. As small farms became unviable in the post-war years, the fields were bought by farmers wishing to increase their landholding and the houses, sometimes with a few acres of garden or paddock, were bought by middle class business or professional people. There is no shortage of young families, the village primary school that had forty pupils in the early-1970s now has one hundred and eighty children on its rollbook, but few of them will ever go on to milk cows, herd sheep, or drive a tractor.

In Ireland, the agri-food sector accounts for 5.7% of the GDP, with the primary sectors of farming, fishing and forestry accounting for for a third of that figure, or 1.8% of GDP. It is a small fraction of the contribution that agriculture once made, yet the farming lobby remains a powerful voice. Perhaps it is a collective memory, perhaps it is rural culture, but there is not the disconnection from the land that is found in England. In the United Kingdom, agriculture accounts for 0.51% of GDP, and is not part of the consciousness of the overwhelming majority of people, even of those living in rural communities. It seems that people are more likely to know about farming from watching BBC’s Countryfile programme on a Sunday evening than they are from the activities in the field over the hedge.

The disconnection has not been of great significance, but may become so. The government has suggested that after Brexit, the payments now received by farmers through the European Union Basic Payment scheme will be met by the British government – for five years. Inevitably, those payments will come under scrutiny and a sector that accounts for only 0.5% of the economy is going to struggle to retain its position as a recipient of massive state aid. Unprofitable farms are going to disappear and food prices are going to rise. The business taking place on the other side of the hedgerow is going to face fundamental change, but one might wonder if those passing down the road will actually notice. 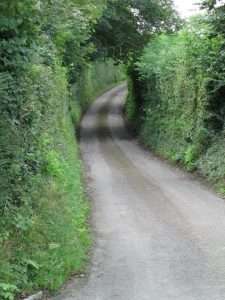