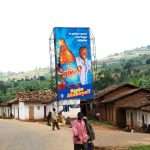 Economic development is the answer to poverty. People able to earn a living to support themselves and their families. Taxes that can sustain public services and infrastructure. Institutions that are transparent and democratic through being accountable to an educated and empowered population. The list of things desirable for such an economy might be lengthy, but when one sees such development, it is instantly recognizable. Economic development is a virtuous circle.

Visiting Rwanda five times between 2009 and 2015, the progress was readily observable. Rwanda might still have a democratic deficit, President Paul Kagame might be open to various accusations of authoritarianism, but what is undeniable is that the country has undergone a steady, progressive transformation. Certainly, Rwanda remains desperately poor in objective terms, but Kagame’s commitment to eliminate corruption and promote growth has pushed Rwanda’s ranking by Transparency International to a position comparable with that of some European nations. There is a sense in the country that things have got better and that things will get better.

Rwanda provides a sharp contrast with neighbouring Burundi. Burundi is of a size comparable with Rwanda (both covering an area corresponding with that of the Irish province of Munster), it had a comparable level of poverty, but things in Rwanda’s southern neighbour have grown steadily worse; people have become trapped in a country marked by instability, corruption and extensive levels of absolute deprivation.

The difference between the two countries is economic growth and development; it reduces poverty, it reduces corruption, it facilitates good services and a healthy civil society. Economic improvements make it easier to attract aid and investment into a country, they create the capacity for absorbing major grants, but the difference between the two countries has not arisen from levels of aid, it has risen from what the countries have done for themselves.

More than a decade ago, William Easterly wrote of two tragedies in Africa, one was the conditions endured by hundreds of millions of people; the other was that more than $2 trillion had been spent with, in many cases, hardly any improvement in the lot of ordinary people. To continue to expect charities to make a significant difference flies in the face of decades of evidence. How many years have some been in particular locations and, if they have been successful, why are they still there? Whose development is it if the name of a Western agency is still in the air?

The Oxfam scandal should not just prompt questions about the conduct of agencies, it should make people question the existence of the agencies themselves. 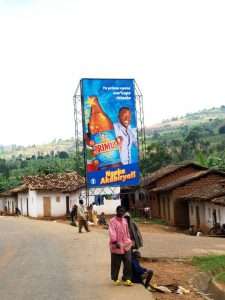