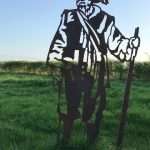 It is three hundred and seventy three years since the Battle of Langport was fought in the summer of 1645; an easy victory for Parliamentarian forces over ill-prepared soldiers of the Crown. At a meeting last Saturday, a local councillor reminded me that members of our respective families had stood opposite each other on the field at Wagg. Sitting together at a Labour Party meeting, we laughed that such rivalry might still be so readily remembered. Were we members of opposing parties, Civil War enmities might be recalled with less charity. Were he a Tory supporter, he might suggest that radicalism and anti-establishment sentiment was something I had inherited from forebears who fought for the Commonwealth.

Civil war rivalries run long and run deep. The Civil War in the United States, a conflict that brought massive losses and years of suffering, is still a defining moment in American history. The controversies attached to the removal of Confederate flags and memorials are rooted in divisions arising in the 1860s – not all of them about racial issues. The night they drove old Dixie down, with its tale of the social and economic plight of a poor white Southerner who had fought for the Confederacy, was an anthem of anti-establishment dissent in the 1960s, Joan Baez being among those who used the song as a protest against the Federal government. One hundred and fifty years later, and the Civil War remains a live issue,

In Ireland, the brief but bitter Civil War that followed the signing of the Treaty with the British in December 1921 continues to dominate the politics of the state. Since 1922, the government has alternated between the pro-treaty and the anti-treaty party, the divisions of 1922 have prevented the emergence of a political discourse comparable with that of other liberal democracies. The politics of Left and Right and the debates over the role of the state are secondary to the Civil War tradition to which one was aligned (or perceived to be aligned, as a Church of Ireland clergyman in rural Ireland, my loyalty to Fine Gael was assumed).

The influences of civil wars linger long in a country – a century, a century and a half, almost four centuries, memories take generations to fade. Martin Wolf’s column in the Financial Times, suggesting that the divisions caused by Brexit are like a civil war, is alarming. If the Battle of Langport is still the stuff of banter at a meeting, how long will it be before the rancour caused by David Cameron and Boris Johnson begins to dissipate? Sometime in the 25th Century? 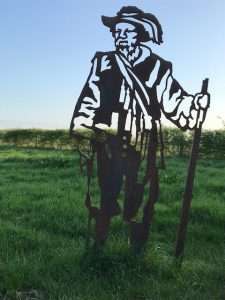