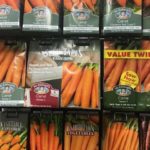 “Consider the lilies of the field,” said the speaker at church one Sunday evening, a decade or more ago.

Church pews are not comfortable places to sit and my thoughts about lilies had not been those that Jesus of Nazareth might have wished to inspire. My thoughts about lilies had brought visions of banners at Orange Order marches on the Twelfth of July, banners adorned with bright orange blooms, or pictures of Easter 1916 and the blood and destruction at the GPO in Dublin. Lilies might have been neutral in First Century Palestine, but they could mean all sorts in Ireland.

“Forget the lilies,” I had thought, “try flowers instead”.

“Consider the flowers of the field.”

The tune of Flowers of the Forest came to mind; the lament played by a piper to recall the Scottish dead at the Battle of Flodden in 1513. Thoughts of the lament were followed by thoughts of the song Green Fields of France, inspired by the slaughter of the Western Front, which asks if the pipes played the Flowers of the Forest, and then Joan Baez singing Where have all the flowers gone? None of which were really very helpful to peaceful contemplation.

Flowers wouldn’t do at all.

We had young trees planted in our garden in the summer, three white birches. They seemed much better suited to quiet reflection.

“No”, he said, “it will bend in the wind and that will drive the roots deep”. A comment which had within it the seeds of thoughts about adversity creating depth. But it wasn’t the picture of the tree swaying in the wind that came to mind, it was the picture of the bag of dried farmyard manure the gardener dug into the soil before planting the tree. Maybe growth always comes through pushing through the waste and decay all around, maybe even the best flowers come from the greatest waste.

A decade on from that Sunday evening, a visit to a garden centre brought an encounter with preparations for the coming spring. Extensive ranges of packets of seeds were on sale, every vegetable seemed to come in numerous varieties. There was an abundance of choice for anyone who might choose to grow carrots. In the short days of midwinter, when colder days are threatened, the seeds seemed a declaration of the triumph of light and hope over darkness and decay.

“Consider the carrot seeds,” might be an appropriate opening line for a preacher. 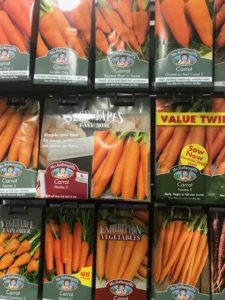