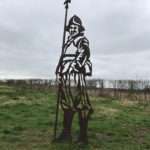 It would be an exaggeration to describe the Wagg Rhyne as a river, it is more a deep ditch, running alongside the Drove that connects the Somerton and Long Sutton roads from Langport. In July 1645, members of my family stood among General Fairfax’s Parliamentarian forces that faced the Royalist army at Wagg. The ensuing battle proved to be a decisive moment in the first of the English Civil Wars, the last Royalist field army was destroyed.

My family members would have been small farmers and labourers, “no more than pike carriers,” as one uncle described them. They would appear in no annals of the Civil Wars, their contribution would have been thought incidental to the Parliamentary campaign, what prompted them to take up arms against the Crown? What caused people from deeply rural, deeply conservative communities to fight against the army of their king?

An Ordinance of June 1642 issued by the Commons and the Lords gives a clue as to how the King’s followers were perceived, condemning

several Sorts of malignant Men, who are about the King: some whereof, under the Name of Cavaliers, without having Respect to the Laws of the Land, or any Fear either of God or Man, are ready to commit all Manner of Outrage and Violence

The ordinance was the origin of the term “cavalier” in its pejorative sense. Cavaliers were perceived as high-handed, arrogant, indifferent to the opinions and sensibilities of others. It is hard to imagine that many of Fairfax’s soldiers were driven by a revolutionary desire to overthrow the monarchy, instead they were alienated by the attitudes of the elite with which the Crown was associated.

Next year will mark the 375th anniversary of the Battle of Langport and it is hard to imagine that those who lined up along the Wagg Rhyne on that summer’s day were that much different from their Twenty-First Century descendants. Most of my family members voted to leave the European Union in 2016, a decision that might not have made economic sense, but was rooted in a feeling that there were high-handed and arrogant people who were telling them what to do.

The cavaliers of 1642 were charged with not having respect for the laws of the land and the present day perception of the European Union is that it has a similar disregard for local sovereignty. Of course, the laws prior to 1642 showed little sensitivity towards people like the pike carriers, and the laws after 2019 will take scant account of the opinions of ordinary people, but there was, and will be, a belief that the lawmakers had considered them.

England after Brexit may be no more pleasant than England under Oliver Cromwell, but in apportioning blame for what has happened, the cavaliers need to take their share of the responsibility. 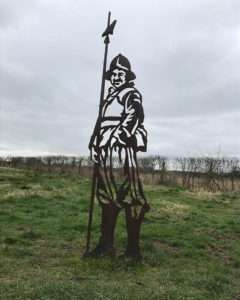