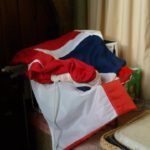 The faculty staff were discussing their forthcoming night out – Friday, 29th March at 7.30 pm

“Do you realize that’s Brexit night?”

“What time is at?

“Well, that will bring an end to the evening. There will be no bartender to serve us drinks.”

“Nor, anyone to staff the takeaways.”

“And there will be no staff in the hospital if we have an emergency.”

“We’ll have to go to the nursing homes to help out, there will be no carers left.”

There was laughter – and then silence. It was gallows humour, a realization that they were standing on the edge of a precipice.”

The owner of a lorry belonging to a large fleet was obviously more sanguine about the prospects. His vehicle was the first 19 registration I had seen; the 68 numbers ending last week. It bore a number plate with a blue European Union flag above the GB registration at the left-hand end. The businessman who had spent six figures on a new truck obviously believed the EU-style number plate would be acceptable for some time to come.

It is difficult to understand how the Conservatives, the party of fiscal probity and constitutional stability have come to this pass. There has been no programme of a way forward presented. The finance company owned by Jacob Rees-Mogg has established itself in Dublin, so lacking is its confidence in the continuing possibilities offered by an isolated City of London. Brexit has been built on bluster and appeal to atavistic sentiment and now no-one knows what to do with it. The world is a set of trading blocs: a middle sized country off of north-western Europe will find itself a lonely entity in the new dispensation after 29th March.

And who will benefit from this piece of March madness? German journalist and commentator Wolfgang Münchau, writing in the Financial Times last week, said that right-wingers are thriving at the moment, but their rise is self-limiting. Right-wing agendas are filled with things working people are against, particularly immigration, but once that agenda has run its course, probably a fruitless one – just who is going to do all those jobs? – then there is nothing left to attract voters from the lower socio-economic groups. Münchau believes that populism will deliver countries into the hands of the radical Left, for they are the ones with programmes to address poverty and alienation.

Theresa May’s offer of huge sums of money to poor Labour-voting districts in return for the votes of Labour MPs is a turkey’s vote for Christmas.  Left-wing MPs will gladly take the money and count the days when the alienation felt by poor communities sweeps away the Conservative government – and in a post-Brexit world there will be no centre-right restraints coming from Brussels or Strasbourg that could thwart a full-blooded socialist programme.

The madness of this March is that the Conservatives are intent on destroying the tradition of Conservatism that they so long cherished. 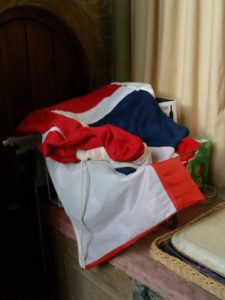