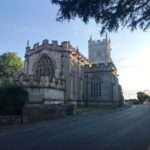 Independent thought in Fifteenth Century England was a dangerous activity, to express doubt, or, worse, to question the teachings of the church could lead to a trial for heresy, and, for those who refused to deny their own conscience, could lead to being burned at the stake. Reading through a history of Langport brought a discovery of a tradition of independent thought that was never mentioned in lessons learned at school.

The bishop of Bath and Wells from 1407 until his death in 1424 was the powerful and ruthless Nicholas Bubwith, a man who held political as well as ecclesiastical office and had been a member of the council that had presided over the execution, in Constance, of Czech theologian Jan Hus because of Hus’ theological views. Within his own diocese, Bubwith encountered those who followed the ideas of the Lollards, a group that believed in the Bible as the only source of authority and who believed Scripture should be in the vernacular, that English people should hear the Bible in English.

In the spring of 1412 Bubwith placed an interdict on the parishes of Crewkerne, Stoke-sub-Hamdon, Seavington St. Michael, Whitelackington, Ilminster, Shepton Beauchamp , Kingsbury, Langport, Huish and Aller, all between Yeovil and Taunton, on the grounds that they or their incumbents had admitted an unlicensed preacher to preach in their churches. The interdict was lifted on the 2nd April 1412, but the unlicensed preacher had apparently not been captured at that time, for the incumbents were ordered to publicly and continually announce his excommunication in each of the churches at the time of mass. The preacher, described as ‘quidam secte nepharie, inobediencie fill, psendo-prophete, Lollardi nummpati …’, is identified as John Bacon, a chaplain of Stoke-sub-Hamdon, and possibly a chantry priest of the chantry there, which was controlled by a prominent member of the local gentry, Sir Thomas Beauchamp of Whitelackington, whose family had been responsible for its foundation. Subsequent events make it seem likely that the lollards of the Yeovil area received tacit, if not overt, support and protection from Sir Thomas Beauchamp, who owned land in the many of the parishes put under interdict in 1412.

John Bacon’s preaching activity would have imperilled his life and the parishioners would have been aware that the church took a grave view of his activity, but there must have been considerable support for his teaching. An interdict barred a parish from the sacraments and, in the Fifteenth Century, most would have believed that not having received the sacraments could lead to an eternity spent in the fires of Hell.

The interdict seems not to have frightened the people of Langport, for Margaret Deanesly writes,

In 1455, bishop Beckington complained to the duke of Somerset that the duke’s tenants at Langport neither “dreaded God nor lived by Holy Church”; they ministered the sacraments and buried the dead themselves, and even alleged the duke’s support for so doing, though the bishop refused to believe that this could be true.

There is something inspiring in the inhabitants of a small and obscure Somerset town being refused to be cowed by one of the most powerful of bishops; in them determining that only they could decide what they should believe; in them dispensing with the need for the hierarchy and all the traditions of the church in favour of hearing the Gospel for themselves and deciding how they might live according to its teachings. 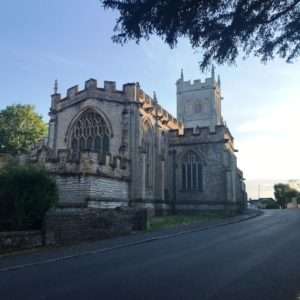