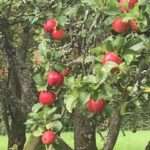 An approaching weather front prompted a three mile walk this morning. The car was due its 450,000 kilometre service. Handing over the keys and walking through the town; calling at the cemetery to pay respects; cutting across fields to descend to the hamlet of Paradise; then the long upward road to our village (Paradise being a place lower than High Ham).
There was a busyness along the way: improved houses receiving further improvement; a barn that had once been a playing place on wet summer days transformed into a dwelling worthy of a glossy magazine; the ringing of scaffolding poles as a row of three houses was shrouded for works.
The television screen was filled with the face of an earnest reporter trying to fill words with gravitas. Nothing was said not said before.
An internet search brought Harry Reed’s Lessons of the War: I: Naming of Parts; its contrast of the mundaneness of preparing for battle with the sublime beauty around did not seem adequate for the confusion now around. The lines of Louis McNiece’s Snow seemed a better fit to the world of the rolling news service:

The room was suddenly rich and the great bay-window was
Spawning snow and pink roses against it
Soundlessly collateral and incompatible:
World is suddener than we fancy it.
World is crazier and more of it than we think,
Incorrigibly plural. I peel and portion
A tangerine and spit the pips and feel
The drunkenness of things being various.
And the fire flames with a bubbling sound for world
Is more spiteful and gay than one supposes—
On the tongue on the eyes on the ears in the palms of one’s hands—
There is more than glass between the snow and the huge roses.

The son of a Church of Ireland clergyman, McNiece’s turbulent life came to an end at the age of fifty-five. His birth in 1907 and his death in 1963 meant personal memories of the ugliest years in human history. The words of Snow express a world of uncertainty, randomness, arbitrariness; a world both more spiteful and gay than could be imagined.
Suddener, crazier, incorrigibly plural, McNiece’s world is filled with a drunkenness of things. “Drunkenness” is apt for the moment: that sense of people not being themselves, not speaking as they would, not acting as they might. There is almost reassurance in the thought of things being various, in the suggestion that among the ugliness of the present times, the potential for beauty still exists. 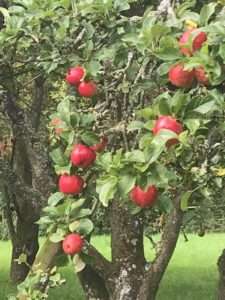