It is the anniversary of the birth of Brian Friel. The writer, who died in 2015, was born on 9th January 1929. It is a pity that he could not have been forever of an indeterminate middle age in order that he might lived on and on, in order to interpret the lives of ordinary people

A friend from a rural county of Ireland, probably not much given to reading drama, once went to see Brian Friel’s Philadelphia, Here I Come.

The Ireland Friel described was an Ireland devoid of wealth; an Ireland often trapped in its own company; an Ireland of flawed and frail and fragile characters; but there seemed, somehow, an extraordinary resilience of spirit; a capacity for happiness rooted in nothing more than imagining what might be.

Dancing at Lughnasa can be a deeply play depressing, the few moments of light relief not dispelling the gathering gloom, yet it concludes with magical words. Memories of that August in 1936 cannot but be bleak, yet the closing speech of Michael Evans, the narrator of the story, who is remembering the moments from his childhood, has a transcendent beauty:

But there is one memory of that Lughnasa time that visits me most often; and what fascinates me about that memory is that it owes nothing to fact. In that memory atmosphere is more real than incident and everything is simultaneously actual and illusory. In that memory, too, the air is nostalgic with the music of the 30’s. It drifts in from somewhere far away-a mirage of sound-a dream music that is both heard and imagined; that seems to be both itself and its own echo; a sound so alluring and so mesmeric that the afternoon is bewitched, maybe haunted, by it.

And what is so strange about that memory is that everybody seems to be floating on those sweet sounds, moving rhythmically, languorously, in complete isolation; responding more to the mood of the music than it its beat. When I remember it, I think of it as dancing. Dancing with eyes half closed because to open them would break the spell. Dancing as if language had surrendered to the movement-as if this ritual, this wordless ceremony, was now the way to speak, to whisper private and sacred things, to be in touch with some otherness. Dancing as if the very heart of life and all its hopes might be found in those assuaging notes and those hushed rhythms and in those silent and hypnotic movements. Dancing as if language no longer existed because words were no longer necessary.

“What fascinates me about that memory is that it owes nothing to fact”, he says. The facts were uniformly oppressive, yet, in his mind, he is able to rise above the facts; able to find poetry in the most prosaic of times.

It is such genius for being able to rise above the facts that is required in uncertain times. 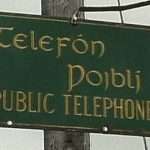