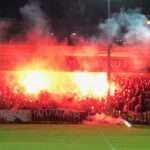 There is an anecdotal story of a summer visitor to a town in the west of Ireland asking a barman what time the pub closed and the barman answering, “October.”

Laws were considered to be guidelines, statements of general principle rather than regulations demanding strict adherence.

Anyone who encountered cars on rural Irish roads in the 1980s will know how, in those years prior to the National Car Test, roadworthiness was a subjective concept. (Even after the NCT was introduced, one GP in a rural community wrote to the Irish Times suggesting that older people who drove only a few miles each week to and from the town should not be subject to the new testing regime).

On the roads, traffic lights were regarded as being of an advisory nature. In Dublin, it was said that a red light meant, “five more cars, please.” At road works, no-one would think it logical to stop at a red light if they could see to the other end and no other vehicle was approaching.

Inevitably, the greatest beneficiaries of the flexibility in the imposition of the law were those who had the ear of the local TD or the Garda superintendent. Some people were pardoned more than others. However, there was a general expectation that there would be a latitude in the interpretation of legislation. An acceptance of a warning, a word of apology, a promise not to repeat an offence would often have been sufficient to avoid any further action being taken.

Economic progress, a growth in population, the disappearance of an homogeneous community, the arrival of a migrant workforce, brought a raft of new laws, and the capacity to enforce them.

The generous dispensation that had prevailed for so long was superseded by a legalism in attitudes towards the obedience of the law by ordinary people (of course, those of wealth or power continued to observe their own interpretation of the law). Most people became increasingly law abiding.

Perhaps it is a result of Covid and the perception of double standards in the enforcement of the law, perhaps it is a recovery of a lost culture, but the trend seems to be going into reverse.

It is impossible now to walk through the streets of the city centre without encountering the smell of cannabis. Even standing at the bus stop, waiting for a bus into town, there is the smell of a spliff. The smoking of cannabis is considered acceptable and so, presumably, is the supply of it.

The approach of Halloween brings an audible reminder of disregard for the law. The sale of fireworks is illegal, but they are in abundant supply.

Play at tonight’s FAI cup semi-final was delayed on a number of occasions by flares and smoke bombs. Talking this morning to younger supporters, they told me that the flares were ordered online from Poland at €35 for a pack of ten. The packs were always delivered.

“I think they are illegal.” I said.

They looked at me as a barman might once have done at a suggestion of closing time. 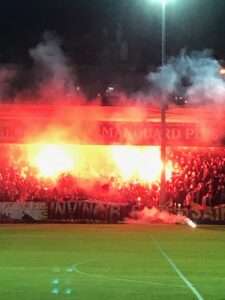