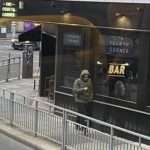 The No 27 bus drew to a stop at traffic lights. Looking out the window, I realized we were about to pass through Hell.

The point in Dublin 8 where Patrick Street, Dean Street, New Street, and Kevin Street meet, was once known as the “Four Corners of Hell” because there was a public house at each corner of the crossroads. The realignment of the road in 1989 brought an end to the four corners, and the financial problems that have followed the years of the Celtic Tiger brought an end to the only pub that had remained into the 21st Century.

However, three years ago, the tradition of Hell was revived, a bar called “The Fourth Corner” was opened on the corner of Kevin Street and Patrick Street.

It is said that a walk from the Four Corners to the Guinness brewery at Saint James’s Gate would once have meant passing two dozen or more pubs. Of that two dozen, no more than a handful now remain.

Alcohol bought in supermarkets is a fraction of the price of that bought in pubs, and young people with slabs of beer have no landlords or barmen to inhibit their consumption. The demise of the pubs has meant that “hell” has relocated from the four corners in Dublin 8 to unpredictable places and unpredictable times.

The four corners were only described as “hell” because of the cultural problems in Ireland in dealing with the consumption of alcohol. Wine and beer are considerably cheaper in France and their consumption is less regulated, yet it is unimaginable that a town square with a cafe at each corner would be described in such terms.

Perhaps the answer is not in imposing duties that make drinks in pubs far more expensive than cans bought from off licence shelves, nor in imposing licensing hours that tell people when and when not they may buy a glass of beer; but in telling people that they are grown ups and must behave maturely.

As it is, alcohol duties and the regulation of hours create a sense not of mature behaviour, but of illicit activity. The legal milieu within which pubs exist seems to carry with it a sense that drinking in a pub is something that can only be tolerated within carefully prescribed parameters. The paternalism of the courts and the excise men has exacerbated rather than relieved problems.

Treat people as adults, expect them to behave as adults. Maybe, then, they will act as adults.

And, if they don’t, it will be their choice – and their acceptance of the consequences. 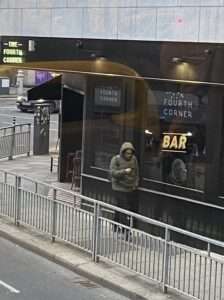