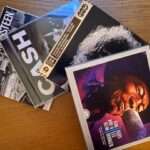 Spending two and a half hours doing the ironing, there was time to listen to Compact Discs bought in Freebird Records in Wicklow Street before Christmas. John Lee Hooker, Johnny Cash, Bruce Springsteen, John Martyn,the selection is eclectic and much of it is far removed from the music to which I would have listened in the 1970s.

For a teenager in 1970s England, there were two weekly BBC music television programmes demanded attention, Top of the Pops and The Old Grey Whistle Test, the latter ran late at night and had only a fraction of the audience of the Thursday evening countdown of the pop charts.

Radio listening did not offer many options for a thirteen year old. The only station worthy of regular attention was Radio 1. The Radio 1 playlist was unadventurous, the same record might be played half a dozen times in a day as one predictable programme followed another. The only alternative to Radio 1 was Radio Luxembourg, but its music selection wasn’t much different and its 208 MW signal often gave a crackly reception.

Had Radio 1’s daytime listening been the only legacy from the era, then there would not be much that was still played, Ooo-see, chirpy, chirpy, cheep, cheep is not really the stuff that inspires appreciative reflection decades later. The music legacy from five decades ago owes much to those prepared to be different.

There were the rock music enthusiasts who paid little attention to Radio 1’s daytime output or to Top of the Pops, those programmes played singles and most serious rock bands weren’t in the business of producing 7 inch records.

To have been a teenage rock fan must at times have been a lonely existence; listening to Pink Floyd or Led Zeppelin while all of one’s contemporaries are discussing the contenders for the Eurovision Song Contest must have prompted the odd question of whether it would be easier just to have shared the tastes of the crowd.

The other group who eschewed the sort of music that filled the BBC Top 30 were the Northern Soul fans. Among those who gathered in dance halls in places like Manchester, Wigan and Blackpool, it became almost an article of faith not to favour artists who had enjoyed commercial success. Playing the records of Motown and Philadelphia bands, the names of which were hardly known to the average Radio 1 listener or Top of the Pops viewer must have been as isolating experience as listening to heavy rock when everyone else is listening to The Carpenters.

Hooker, Cash, Springsteen and Martyn point to all the music missed whilst listening to the dross of the Top 30. 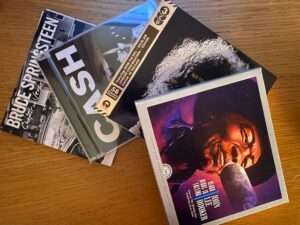