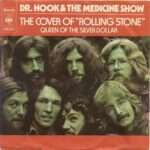 Firefox has been causing me to spend money.

First, there was the offer of the Mozilla VPN network. The annual subscription of less than €5 per month allows access to material otherwise blocked to users outside the jurisdiction in which it is broadcast. Last weekend, it meant I could sit in my car driving around Dublin listening to the BBC Radio Bristol coverage of Bath against Leinster on Saturday and the BBC CWR coverage of Wasps against Munster on Sunday (both of which matches resulted in very satisfying substantial wins for the Irish provinces).

Today, a link on Firefox’s Pocket to a feature in Rolling Stone magazine prompted me to subscribe. For €4.50 a month, there is unlimited access.

I always wanted a subscription to Rolling Stone magazine, it seemed an entree into a world I could only imagine. I can sit in the Gotham Cafe in Dublin, the walls of which are decorated with Rolling Stone covers, and try to remember tracks recorded by the featured artists, wonder how those who hedonism made headlines fifty years ago can still be on the road today.

Clicking through the features, there was a moment to ponder. How many of the artists from the 2020s would have made the cover in the 1970s? Music is now so fragmented that becoming universally recognizable is a far greater challenge.

It is fifty years ago that the American band Dr Hook and the Medicine Show recorded Cover of the Rolling Stone in 1972. It was a satirical look at the rock music scene where the culmination of success was an appearance on the cover of Rolling Stone magazine. The lyrics of the song are a tongue-in-cheek list of things that seemed to be perceived as marks of success:

Oh, we’re big rock singers.
We got golden fingers.
And we’re loved everywhere we go.
We sing about beauty,
And we sing about truth
At ten thousand dollars a show.
We take all kinds of pills
To give us all kind of thrills,
But the thrill we’ve never known
Is the thrill that’ll getcha
When you get your picture
On the cover of the Rolling Stone.

I got a freaky old lady
Named Cocaine Katy
Who embroiders all my jeans.
Got my poor old grey-haired daddy
Drivin’ my limousine.
It’s all designed to blow our minds,
But our minds won’t really get blown
Like the blow that’ll getcha
When you get your picture
On the cover of the Rolling Stone.

We gotta lotta little teenage blue-eyed groupies
Who do anything we say.
We got a genuine Indian guru
Who’s teaching us a better way.
We got all the friends that money can buy,
So we never have to be alone.
And we keep getting richer,
But we can’t get our picture
On the cover of the Rolling Stone.

Pills, a freaky partner, a limousine, groupies, a guru – all the friends money can buy – were those things really what it was all about? Like all good satire, the song found an audience because within it there was a core of truth.

The band did appear in caricature a year later. Perhaps to mark the half-century of the song, the band might get their picture on the cover this year. 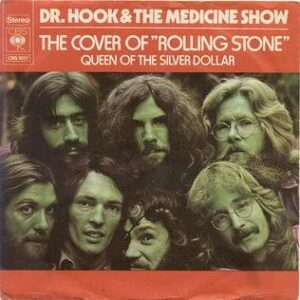