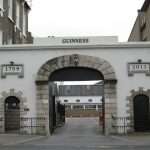 The daytime TV chat show included discussion of a book about life after death and what people would be like when they were in heaven.

Phil would have corrected those involved in the discussion.

Phil belonged to some fundamentalist Christian group. He came from the Bible belt that runs through London suburbia, and it was always disarming to hear sentiments more likely to be found in Ulster, or the southern states of the US, being spoken in a Home Counties accent.

Phil was an avid student of the Bible. He would spend his spare time with a large study guide exploring the less well known of the Scriptures. The study guide was fascinating. It had a soft cover and the pages were at least the size of foolscap sheets lain sideways. Phil would put the guide on the floor with his Bible beside it and kneel on the carpet to pore over the pages.

There were numerous diagrams to illustrate the practical details of the Bible stories. Was there a plan of Noah’s Ark? I don’t know. What was definitely included was a plan of Heaven based on measurements from the Book of Revelation.

Even to a twenty year old without any theology whatsoever, Phil’s plan of the future seemed pretty unimpressive. It was not a very big place and it was going to be filled with people like himself who were going to stand singing hymns all day.

Being honest, it did not sound like a bundle of laughs. (Had I known it at the time, I would have responded with the Dublin joke about those who are happy going through the Pearly Gate and those who prefer Saint James’s Gate).

Most people actually believe in an after life; they might not be religious, but there are not many who think that the end of this brief span represents the complete extinction of a person. But if there is a life beyond this one, what is it like?

To answer that ‘we will be at our best’ is almost to dodge the question; if that is the case, then when are we at our best? Do children remain children for all eternity, is there no space for growth and maturity? Is heaven no more than a place where everyone is frozen at the point where their life ended? Do we spend the infinite aeons of the time to come with all the limitations we have endured in this life? Do I live in the next world as the grumpy person I am in this?

Phil’s book would not have answered the awkward questions. Perhaps, like hard cases making bad law, so awkward questions make bad theology. Perhaps Phil’s literalist reading of the Scriptures was much neater and tidier than my vaguely liberal approach. He knew how to get to Heaven and what it would be like when he got there; he would say that all the other questions would be answered by God.

Phil would have been very forthright in telling the hosts of the TV show that they were completely mistaken if they thought they would get to heaven.