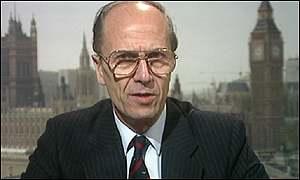 Norman Tebbit, minister in Margaret Thatcher’s government and Conservative Member of Parliament for Chingford in Essex, once suggested that immigrants to the country should be judged on the basis of a “cricket test”. When it came to Test Matches, which side did they support, England or the visiting team, West Indies, Pakistan or India?

I always thought it was an absurd test – one can pay one’s taxes and be a loyal, law-abiding citizen of a country without necessarily feeling that one has to take on every single aspect of that country’s life.

I’m glad I always disagreed with Norman Tebbit, because I have found more and more that I would fail miserably when it comes to the “cricket test”. When it comes to soccer, cricket or rugby, the men in white will always get my cheers. When I have to decide between RTE Radio 1 or BBC Radio 4, unless it’s time for the news, I will listen to Radio 4.

This past few days supporting the old country has become stronger as Britain has withstood demands to contribute more to EU funds in order to prop up the Common Agricultural Policy. The British position is opposed in no uncertain terms by the Irish Government. The policy has led to the systematic downsizing of British farms to the extent that Britain’s milk quota hardly covers domestic demand; allowing imported milk to be sold on British markets while farmers like those in my home area struggle to make ends meet.

The CAP has also been a barricade against imports from the world’s poorer countries, protecting European farmers from competition, while at the same time World Trade Organisation rules insist that poor countries’ markets must be opened to imports from developed countries, leading to the further impoverishment of people in those developing countries.

The Bible has much to say about rules and measures being unjustly fixed against the poor to the advantage of the rich. I’m sure Tony Blair’s concern is with domestic politics rather than with any desire for international justice, but any move that reduces the scale of the iniquitous Common Agricultural Policy has to be welcomed.

At the risk of failing the “cricket test”, I will be delighted if Mr Blair wins this contest.